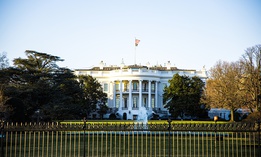 After shutting down its electronic system after hackers breached millions of personnel files, some background investigations will move forward the old-fashioned way.

The Office of Personnel Management has decided to take a step back in an attempt to move forward after hackers breached files containing sensitive data on millions of current and former federal employees, but some stakeholders are not fully on board with the plan.

The agency sent an advisory last week to federal offices instructing them to temporarily collect paper copies of employees’ background investigation forms, rather than processing them electronically. OPM reached that decision after it shut down e-QIP, the Web tool that tracks employee background investigations, due to vulnerabilities that led to a breach of the personal information contained on the forms housed in the system.

“Recognizing the impact of the system being down on both users and agencies OPM has, in agreement with the Office of the Director of National Intelligence, implemented a set of interim procedures to address agencies’ requirements and reduce the likelihood of interruptions in the on-boarding of employees while prudently minimizing any security risks,” OPM spokesman Samuel Schumach said in a statement.

The hardcopy questionnaires will allow agencies to initiate secret-and-below level clearances for applicants, including competitive service employment and the issuance of interim identity credentials. Getting those processes started, OPM said, will in turn allow agencies to “proceed with existing interim policies.”

Stan Soloway, president and CEO of the Professional Services Council, a trade group representing the government contracting community, said the directive “doesn't come close to solving the problem.” When OPM announced it was suspending e-QIP, Soloway said he was “deeply concerned” private companies would not be able to fulfill their contractual obligations because clearances would not be renewed or processed.

Soloway noted that OPM’s guidance still left a large number of clearance-seekers -- those applying for top-secret approvals and above -- with no recourse. He added the new paperwork was “going to be a hassle in and of itself.”

In its guidance, OPM said applicants should provide a hardcopy of their forms to the security or human resource office within the appropriate agency. The agency will not, however, forward that copy to OPM. Instead, the applicants will have to re-enter their information into e-QIP once it is back online.

Lawmakers, such as Virginia Sens. Tim Kaine and Mark Warner, both Democrats, had voiced concerns about shutting down e-QIP, noting it would cause “significant disruption” to processing clearances. The inability to process new applications, the senators said, would prevent many employees from doing their jobs. Warner was still not satisfied after OPM’s most recent announcement.

“The interim steps recently announced as a work-around do not fully alleviate Sen. Warner’s concerns about the overall integrity of the e-QIP system,” said Kevin Hall, a Warner spokesman, “or about how OPM will handle the workload glut triggered both by the system shutdown and by this use of temporary paper records once e-QIP is returned online.” Hall added the senator still would like to receive a response to the letter he and Kaine sent to OPM last week.

Sen. Jon Tester, D-Mont., for years a crusader for security clearance reform, said in a letter on Monday to OPM's Inspector General Patrick McFarland that the IG's office should have more say in how OPM deals with the e-QIP shutdown.

"It is also important that the OIG oversee that management best practices are maintained as OPM provides a work-around for application processing as e-QIP remains offline," Tester wrote. The senator called for the auditor to have "unfettered access" to OPM's background investigation system to identify any ongoing vulnerabilities.

NEXT STORY: The Reports Most Lawmakers Don’t Want You to See