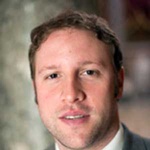 Democratic opposition is beginning to build against a massive spending bill that would keep the government funded through the fall, narrowing the already tight window that party whips have to round up support for the must-pass bill.

The measure is loaded with dozens of policy riders, and House Minority Leader Nancy Pelosi is calling on Republicans to remove two particular sections of the "CRomnibus" bill that she said are destructive and will jeopardize Democratic support.

Tucked in the bill is a provision that would loosen campaign finance rules by allowing bigger donations to party committees and another that would soften the 2010 Dodd-Frank Wall Street reform bill.

"These provisions are destructive to middle-class families and to the practice of our democracy. We must get them out of the omnibus package," Pelosi said in a statement.

Pelosi's statement comes as some other high-ranking Democrats have started turning their backs on the bipartisan legislation. Democratic votes will be needed to pass the bill, as dozens of House Republicans are unhappy that it punts any challenge to President Obama's immigration executive order into next year. (The measure funds the Homeland Security Department only through February, so the GOP could plan an immigration stand-off then.)

Speaker John Boehner, however, defended the bill at a press conference Wednesday morning.

"Understand, all these provisions in the bill have been worked out in a bicameral, bipartisan fashion, or else they wouldn't be in the bill," he said.

"If Rep. Pelosi doesn't think her negotiators did a good job, she should discuss it with them—but sour grapes doesn't mean she gets to rewrite the deal after the fact," he said.

President Obama, meanwhile, has not yet signaled whether he would sign the measure. At the White House on Wednesday, spokesman Josh Earnest acknowledged that "this is a compromise proposal. Democrats and Republicans have signed onto it. And ... I'm confident that there are going to be some things in here that we're not going to like. And so we'll have to sort of consider, you know, the whole package before we make a decision about whether or not to sign it. So we'll keep you posted on that."

House Budget Committee ranking member Chris Van Hollen said Wednesday he will vote against the bill, partly because of the campaign finance provision, which would allow big donors to make maximum donations to several different accounts established by the same party committee and thus significantly raise the overall ceiling for what an individual donor can give.

Meanwhile, Rep. David Price, ranking member of the Appropriations Homeland Security Subcommittee, said he is inclined to vote against the bill as well, mostly because it extends funding for DHS only into February, but also because of the two riders.

"I think its very damaging. I think its a poor way for us to do business as appropriators," he said. "The substance is bad, and the process is worse. That's enough to tip my vote."

Price will offer an amendment to the House Rules Committee on Wednesday extending the continuing resolution's funding of DHS until the end of the fiscal year. But the committee is likely to approve a closed rule, meaning the amendment will not be in order.

Democrats could offer their amendment as a motion to recommit, but the chances of passing that are slim to none.

Party liberals are also concerned. "If the language of this bill does not change, the Congressional Progressive Caucus will oppose it," said a source within the group.