The Supreme Court's latest campaign finance decision is going to put even more pressure on the president to spend time chasing cash. 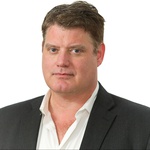 Campaigns are about numbers, so here are a few: After two separate recent events in Houston, President Obama has attended 373 fundraisers during his five-plus years in office. That's just about one every five days or so. Assuming he speaks for close to 15 minutes at each event, that's well more than 5,000 presidential minutes consumed by the dirty business of asking people for money. And that doesn't include the prep, the glad-handing and hobnobbing, the photos, the private asides, the travel.

The stats (as compiled by CBS News reporter Mark Knoller) illustrate in stark detail something everyone already knows: The president of the United States isn't just the chief executive. He's a one-man industry, a marketing machine, a brand—and his time is divided among the people's business, the party's, and his own.

At this point in his presidency, George W. Bush, a true grip-and-grin guy if there's ever been one, had attended just 200 such events. More surprisingly, asan investigation by The Guardian found last year, Obama isn't throttling back the cash engine, even though he is in his final term. He is, in fact, way ahead of the second-term fundraising efforts of not only Bush but also of Bill Clinton, another man who could work a room.

Thanks to the Supreme Court, this phenomenon is likely to grow worse as the 2016 presidential race approaches. The majority's decision earlier this month inMcCutcheon v. FEC, which did away with caps on the aggregate amount of money a donor can send to candidates and parties during an election cycle, will put even more pressure on presidents (and presidential hopefuls) to spend as much time as possible raising money.

The ruling maximizes the influence of big donors, who can now write checks funding a bevy of candidates and party committees at once. And there is no better conduit to the wealthy than POTUS—or, alternatively, the candidate crowning the ticket. "The large donors care more about who solicits them than where the money is going," says Lawrence Noble, a former lawyer for the Federal Election Commission who is now with the Campaign Legal Center, a reform advocacy group. "As far as they're concerned, they're giving it because the president or the candidate is asking them."

Under the modern presidential fundraising model, the money is gathered via a joint committee (Obama's was the Victory Fund). The maximum that can be given to one candidate—a limit that will still be in place after McCutcheon—is then sent to the president's campaign and the rest to the party, which may include some funds earmarked for congressional campaign committees or state parties. Since Obama's reelection, the going rate for a Democratic National Committee fundraiser like the ones in Texas this week has been $32,400 a ticket, the most that can be donated to a party per year. Under the pre-McCutcheon rules, a fundraising event could have charged somewhat more per donor and then donated everything above the limit to other committees or candidates. But it couldn't have charged orders of magnitude more, because the most a single donor could hand out during a cycle was $123,200.

In the wake of McCutcheon, that limit has gone by the boards. Now, some estimates have the upper limit at $3.5 million per donor per party. As a result, politicians and parties are expected to create much more massive joint fund- raising committees that could collect large checks and then dole them out to scores of congressional aspirants. And where before some party committees were excluded from the mix because of the aggregate limits, now they can all share in the income stream without worrying about their best donors maxing out.

All of it means that the elite, presidential-level fundraiser becomes more critical than ever. "It's going to be the same thing—just add a few zeroes," says Lisa Rosenberg, an analyst with the Sunlight Foundation. "We're putting our presidential candidates in the position of putting out their hands for $1 million donations. At best, it's unseemly. At worst, it's corrupting."

The five-figure fee to attend a dinner with the president could soon be a quaint relic of a bygone era. The price for entry will be more about "what the market will bear," says Dick Harpootlian, an Obama bundler and a former chairman of the South Carolina Democratic Party.

Harpootlian says he doesn't see the decision having a dramatic effect on the political landscape. "It may make a difference for a handful of people who want to give hundreds of thousands," he says. But to good-government advocates like Rosenberg, that's exactly the problem. A Sunlight Foundation analysis found that about 600 donors reached the aggregate limit in 2012. McCutcheonwill allow that group to write larger and larger checks, and give it even more disproportionate influence, she argues.

Of course, party loyalists view the situation differently. Instead of money from motivated donors going to outside groups, as had been the trend beforeMcCutcheon, it's better for it to go to the candidate and the parties, says Ronald Kaufman, a former adviser to Mitt Romney. "When you give to third-party groups, you realize that investment is not as well used," he says.

The expected influx of money is yet another mixed blessing for Obama and his party, which likes to wring its hands over the high court and bash the likes of the free-spending Koch brothers—while showing no inclination to unilaterally disarm and stick to the old financial restraints. "At the end of the day," says a Democratic Party official, "people are going to play by the same set of rules."

NEXT STORY: Why a Sebelius Senate Run Could Help Republicans