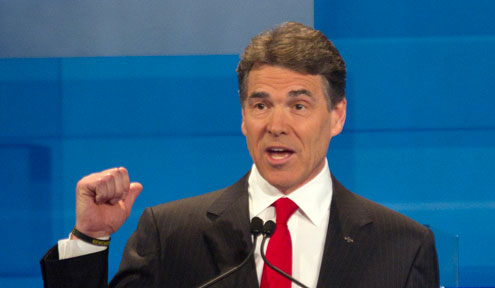 Rick Perry plans to drop out of the race for the GOP presidential nomination on Thursday and will endorse Newt Gingrich, sources tell National Journal . Perry will make the announcement in North Charleston at 11 a.m.

The move by Perry to end his flailing campaign was inevitable; it only comes a few days sooner than expected. The Texas governor has been unable to gain a foothold in South Carolina, where he was depending on the state's many evangelicals and social conservatives to give him a break-out win.

But polls show Perry running dead last in the Republican pack. He had only 4 percent support among likely GOP voters in South Carolina in a poll by NBC News/Marist published on Thursday, the same as his showing in a CNN/Time polls on Wednesday.

Perry had weighed dropping out of the race after finishing last in Iowa, among the candidates currently in the race, but decided to stay in to make one last play for the nomination in South Carolina.