Managing a crisis without disrupting day-to-day operations is a delicate balancing act. 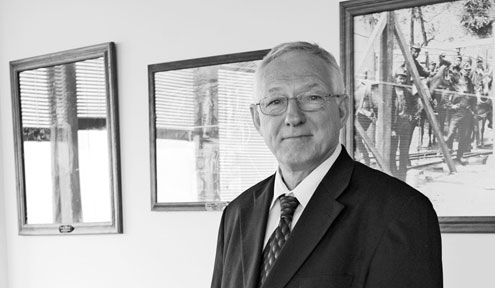 This is the third in a series of profiles based on interviews for the book Paths to Making a Difference: Leading in Government (Rowman & Littlefield, 2011) by Paul R. Lawrence and Mark A. Abramson, which highlights the management lessons of 24 political executives during their first 18 months in the Obama administration.

Joseph Main, who became head of the Mine Safety and Health Administration in October 2009, has worked closely with miners for more than four decades. Main got his start in 1967 as a coal miner and spent much of his career with the safety division at the United Mine Workers of America. Now as head of MSHA, he is responsible for protecting nearly 90,000 workers who labor in the nation's mines. Reflecting back on his first day on the job, Main says, "I was struck by the weight of my new responsibilities and the realization that I was going to have to run this place."

The agency's goal first and foremost is to reduce mining-related illness, injuries and fatalities. But when major accidents occur, MSHA moves into an emergency management role, conducting investigations and addressing possible safety violations. After an explosion in April 2010 killed 29 workers in Massey Energy's Upper Big Branch mine in West Virginia, Main faced the competing demands of disaster management and day-to-day operations. His experience provides three leadership lessons for all executives responding to a crisis.

While the instinct might be to shift all of an agency's resources into responding to a major event like the Upper Branch mine explosion, Main knew MSHA's routine operations must continue without interruption. "I've lived through these experiences before, so I knew what to expect," he says. "You have to be careful not to let everyone run into the fire. I knew I had to leave some people here in headquarters in order to keep the place running."

Looking back, Main says, "I'm proud that I was able to keep the agency running in spite of Upper Big Branch. We had a successful strategy in place and we kept it going. We kept doing our work . . . The key thing is to stay focused."

Main knew there was much to be done, and the many people gathered at Upper Big Branch expected a coordinated response. "I got there as fast as I could," he says. "I first found out about it at 5:30 p.m. on Monday. We set up a command center. I left for the mine at about 4 a.m. and got there about 9 a.m. Tuesday morning was hectic."

Based on his experience with similar situations, Main was conscious of the role he should play as agency chief, and what functions he should stay away from. "You didn't want too many people upfront," he says. "Kevin Stricklin, administrator of the Office of Coal Mine Safety and Health, had gotten there first. He was doing a good job, and he told me, 'I need to do this.' So I let him continue as our lead spokesperson. I didn't need to do it. There were plenty of other things to do."

Starting on the day of the tragedy and during the months that followed, MSHA took a close look at its operations, Main says. "You have to ask yourself and the agency, 'What did we miss? How did this happen? What have we learned?' he says. "And finally, 'What changes do we need to make?' "

Such a review is crucial to determining an organization's next steps. "After the incident, we had to figure out what went wrong, and we had to make corrections," he says. "We did find that there was a computer error in the pattern of violations software . . . All the violations [at the Upper Branch mine] didn't show up because some of the violations were being appealed under the old process. We clearly had to improve our pattern of violations procedures, which date back to 1977."

NEXT STORY: Federal agencies in Washington will open late because of wintry weather