Voice of experience guides agency on the path to innovation. 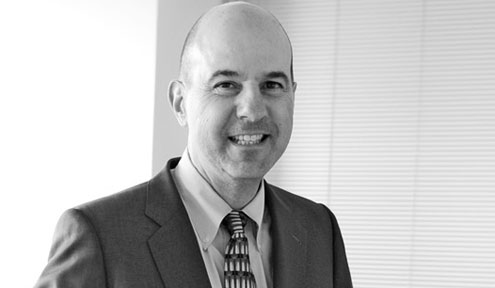 
This is the first in a series of profiles based on interviews for the book Paths to Making a Difference: Leading in Government (Rowman & Littlefield, 2011) by Paul R. Lawrence and Mark A. Abramson, which highlights the management lessons of 24 political executives during their first 18 months in the Obama administration.

Since becoming director of the U.S. Patent and Trademark Office in August 2009, David Kappos has transformed the agency's technology systems, reduced a persistent backlog of applications, and worked with the Obama administration and Congress to launch the first major reform of the patent system in 60 years. The 2011 America Invents Act is aimed at streamlining the patent process, promoting innovation and creating jobs. Kappos' experience offers three major lessons for all government executives.

In some positions, executives can take a crash course to get up to speed on their new organization. But in others, such as head of the U.S. Patent and Trademark Office, preparation can involve nearly a lifetime in the field learning about the agency's critical issues.

"I was well aware of several key issues based on my prior experience and impressions of the agency. I had been working on intellectual property issues my whole career, so I came into the job with a sense that I knew the agency and the challenges it was facing," says Kappos. "I knew we had to improve the application process and workload issues, including the backlog problem. I also knew we had to improve the IT infrastructure, as well as improve the agency's workforce and work processes. The agency manual for its patent attorneys had not been updated for the 21st century." In the private sector, Kappos worked at IBM as vice president and assistant general counsel for intellectual property law. He came to USPTO fully prepared and up to speed on Day One.

"We understand our inputs and outputs at PTO," says Kappos. In attacking the challenge of reducing the paperwork backlog, he knew it was important to track the agency's progress -- to provide transparency for the public and a management tool inside the organization.

"The USPTO has a critical role to play in our economic recovery," Kappos told us in 2010. "That's why people really care about the backlog, which hinders innovation and economic growth. In response, we set specific targets. Our goal is to get the backlog under 700,000 [filings]. We haven't been under that figure for many years. The goal is to get it down to a backlog of 325,000. That would be about 70 dockets per examiner, which is about right … we set 699,000 for FY 2011. Getting under 700,000 would be a major accomplishment."

He accomplished the goal in July 2011 when patents pending fell to 689,226. Since then, it has continued to fall and reached an all-time low in September when patents pending dipped to 669,625. Kappos created the PTO Dashboard , which is updated monthly on the agency's website to track progress on key performance indicators, such as patents pending.

While reducing the backlog and attaining new legislation for USPTO were crucial accomplishments, Kappos also realized that an executive must work on many fronts simultaneously. "The job of leadership is to work on all the challenges. You need to do it all," he said. "There is no one single thing that you have to do; you have to do a hundred things. Change is the sum of a lot of little things. I don't believe there is a magic bullet or a single fix. I believe it is about making day-by-day changes and continuously working toward improvement. I believe philosophically that you are never done. Change goes on forever."

NEXT STORY: Romney sweeps to victory in New Hampshire primary