More than 1,500 Senior Executive Service employees separated from federal service in fiscal 2017, an 82 percent increase from the previous year. Looked at another way, about one in five SESers on board governmentwide at the start of fiscal 2017 opted to leave during the presidential transition. In President Obama’s first year in office, about 1,100 senior executives left government, with the departures jumping by 46 percent from the previous year. 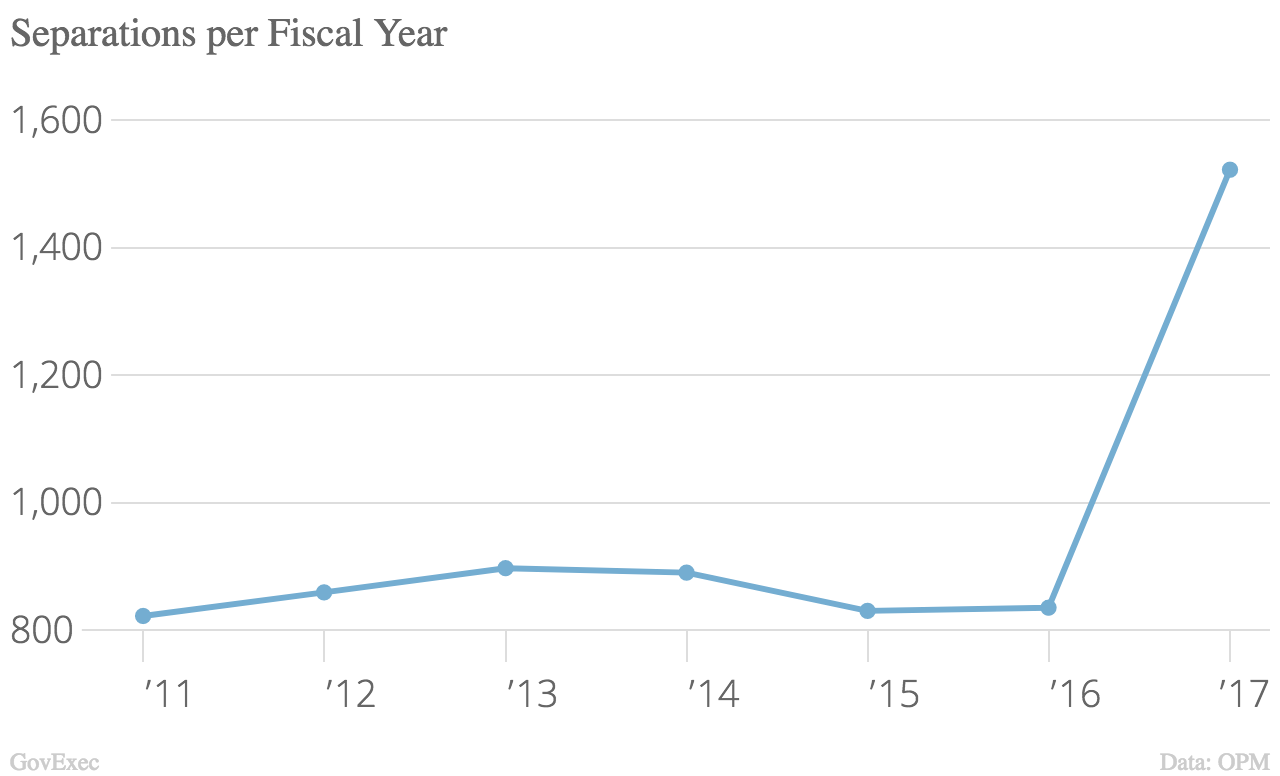 Some departments have fared worse than others. About 41 percent of senior executives serving at the Housing and Urban Development Department as of the end of fiscal 2016 left within the next year. Nearly one in three departed from the Education Department, while more than one in four departed from the departments of Health and Human Services, State and Agriculture. Each of the branches of the military, meanwhile, as well as the Veterans Affairs Department, saw at most 10 percent leaving. 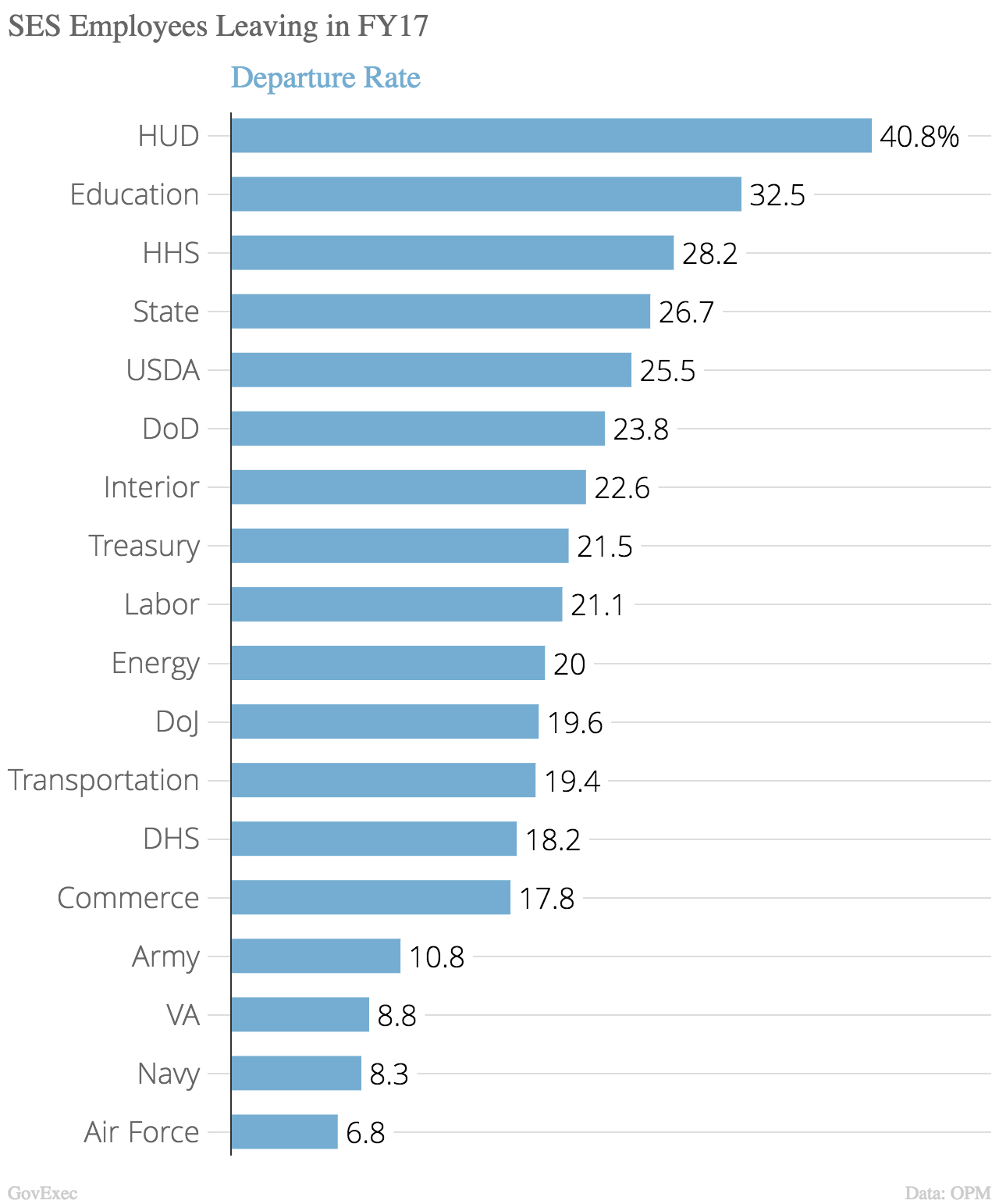 The civil service senior executive corps has undergone some significant changes in recent years. In 2015, Obama signed an executive order calling on agencies to streamline the SES hiring process, increase rotations of SES members to different agencies (as the corps was originally envisioned) and boost aggregate spending on performance awards. The Trump administration has renewed the focus on rotating senior executives to new roles within their agencies, with mass reassignments underway or planned at the departments of Interior, Agriculture and Education. In some cases, whistleblowers have come forward to accuse political leaders of reassigning employees in retaliation for having worked on issues that are not a priority for this administration or in order to deplete the SES ranks.

Jason Briefel, executive director of the Senior Executives Association, said it was unclear what factors had driven the higher turnover rates during the Trump transition. He noted that during the transition to Obama, the economy was in freefall. That likely encouraged employees considering retirement to instead stay in their jobs to boost their retirement accounts or to put “more money in their pockets for living.” During the more recent transition, the economy was booming and employees may have felt more comfortable retiring.

Briefel said political considerations were not a factor among the departing senior executives with whom he has spoken.

“They just didn’t want to go through a transition, period,” Briefel explained. “They didn’t care if Trump or Clinton won.” Those executives did not want to deal with onboarding the new crop of political leaders, he added, or serve in an acting role while they were waiting for new leaders to come on board. “They were ready for the next phase of their lives.”

In some cases, however, employees likely left specifically for political reasons. In a Government Business Council/GovExec.com poll conducted just weeks before the 2016 presidential election, just 65 percent of federal employees across all grades committed to staying in their jobs were Trump to win. In several high-profile instances, senior executives have left their jobs specifically citing the policy direction at their agencies.

SEA, in conjunction with academic researchers, recently completed a study of trends in the senior executive corps over the last two decades. While the paper is still undergoing peer review, preliminary findings also indicated departures increased during Trump’s transition and opening months in office. Those figures supported broader findings pointing to the degradation of the SES due to a confluence of factors, including an increase in the number of political leaders that has undermined the intended consistency of career executives.

NEXT STORY: How to Learn Absolutely Anything, According to a World Expert