The president’s unorthodox foreign policy, conducted after his reelection in 2012, will receive a clear up-or-down vote in Florida next year—but with Hillary Clinton on the ballot. 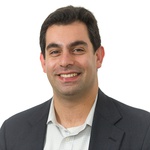 President Obama has taken two huge political risks when it comes to his second-term foreign policy. He's sought to normalize relations with Cuba, demanding few changes in the dictatorship's human-rights record while granting the country diplomatic recognition. And on Tuesday, he cut a controversial nuclear deal with Iran, one that's expected to be opposed by the mainstream pro-Israel American Israel Public Affairs Committee—and has chilled the traditionally close relationship between the U.S. and the Jewish homeland.

Those decisions will be reverberating in Florida, the most-significant battleground state on the presidential map, where Cuban-Americans and Jewish-Americans make up a sizable share of voters. Obama won the state in 2012 by only a 0.87 percent margin, or 74,000 votes out of over 8.4 million cast. His victory wouldn't have been possible if he didn't make major inroads with the traditionally conservative Cuban-American community, or if he'd lost significant ground with Jewish voters in the state. Obama's unorthodox foreign policy, conducted after his reelection in 2012, will receive a clear up-and-down vote in the Sunshine State next year—but with Hillary Clinton on the ballot.

Obama advisers say they believe in the rapidly-changing nature of the American electorate, that younger voters are more liberal than their parents and are reshaping the country's politics in dramatic ways. That's particularly true of the Obama administration's approach towards the Cuban-American and Jewish communities. Administration officials have argued that millennial voters within these constituencies hold less-predictable views than previous generations, and are more amenable to Obama's message of engagement with hostile regimes. They point to polling that shows more-recent Cuban immigrants holding markedly different views about foreign policy than their parents, and the rise of left-wing alternatives like J Street to the traditional pro-Israel advocacy groups reflects diversity within the Jewish community.

But on these specific foreign policy issues, the president's election-year rhetoric suggested he didn't actually believe that the politics behind Cuba and Iran engagement were in his favor. In 2012, Obama didn't campaign on his second-term policies during his reelection. Instead, he gave a presidential-year speech to AIPAC in which he said he "will not hesitate to use force when it is necessary to defend the United States and his interests." During the Iranian nuclear talks, he gave an interview with Israeli TV arguing that "a military solution will not fix" the problem. If he thought Cuban-American public opinion had markedly changed towards engagement of Cuba, his spokesman wouldn't have argued before the 2012 election that Obama "has repeatedly renewed the trade embargo with Cuba, pressured the Castro regime to give its people more of a say in their own future, and supported democracy movements on the island."

In reality, the argument that he's in line with changing public opinion is a smoke screen for the seismic shift in foreign policy he's been conducting. It's a clever way to clamp down on opposition to his policies by describing it as being stuck in the past.

Contrary to the administration's spin that a younger, less-hawkish electorate is emerging, there are clear warning signs of a nasty backlash from constituencies that were once either overwhelmingly Democratic (Jewish voters) or were trending in the Democrats' direction (Cuban-American voters).

When you look specifically at the groups of Cuban-Americans and Jewish-Americans who are engaged closely with their communities, a much different picture emerges. Among the relatively small Jewish population, there's a huge gap between Jews who define themselves as being Jewish "by religion" and those with a more tenuous connection to the community. In the Pew Research Center's seminal 2013 survey of Jewish-Americans, it found 76 percent of "Jews by religion" either very or somewhat attached to Israel, but only 45 percent of Jews "of no religion" claiming such an attachment. It's the former group that has grown more disillusioned with Obama's concessions towards Iran in the diplomatic negotiations; Obama has been more reliant on the less-affiliated Jewish voters.

Gallup found that a historically low 61 percent of all Jewish voters identified as Democrats in 2014—a 5-point drop from the party's 2012 election-year standing, and a 10-point drop from 2008. Among moderately and very religious Jewish voters, Democratic affiliation now lies in the 50 percent range. It's a reflection of the Jewish community's institutional angst over the president's pursuit—and now a deal—with Iran.

The pattern with Cuban-Americans is similar. Obama is winning over younger Cuban-American voters, but many of them aren't registered to vote, even more aren't reliable voters, and a small number aren't even citizens. The political energy within the Cuban-American exile community still lies with the older voters. Obama made inroads with the Florida Cuban vote primarily over his message on the economy, not over engagement with the Castros.

To underscore the point, look at the gap between registered and unregistered voters in the 2014Florida International University poll often cited by supporters of Cuban engagement. Among those registered to vote, 51 percent supported the embargo, while only 43 percent of those unregistered did. A whopping 83 percent of unregistered Cuban-American voters supported diplomatic engagement, while only 55 percent of registered voters did so. Narrow the screen to the most likely voters, and support for Obama's preferred policies diminishes more. The impact of those Cuban-Americans who aren't playing a role in the political process has inflated the level of support for Obama's approach. It's akin to the Democrats who claim Texas will be an emerging swing state, before recognizing that the Hispanic voters they're courting aren't interested in voting.

One telling sign that all isn't well with Florida Democrats came from the Democratic National Committee's own chairwoman, Debbie Wasserman Schultz, who is closely attuned to the political sentiment among both key Florida constituencies. Wasserman Schultz's heavily-Democratic Broward County district contains one of the largest Jewish constituencies in the country and a sizable Cuban-American one. She's been remarkably quiet about Obama's Iranian diplomacy, knowing the groundswell of opposition from her constituents. And in a recentinterview with CBN anchor David Brody, she gently hinted that Obama shouldn't be as aggressive with his Cuban diplomacy as long as human-rights standards aren't being met. "My view is different from President Obama's," she told the Daily Signal. "I believe a relationship with the United States should be earned. And before we fast-forward through the progress we'd like to see, perhaps we should make sure that some of these human rights concessions are secured prior to moving forward."

When a president is at odds with his own national party committee chair, it's clear they have widely differing views over the political wisdom of his approach. And it puts the spotlight squarely and uncomfortably on Hillary Clinton, who has a lot on the line—and has a lot to lose—with Obama's foreign policy decisions.

From the beginning of her campaign, she's decided to hitch her fortunes to Obama as she seeks to win over the same coalition that brought him to office. Clinton cautiously embraced Obama's nuclear deal with Iran—based on what she knows now—even as the strongest supporters of Israel within her party have remained conspicuously noncommittal. She's backed Obama's Cuban diplomacy, though she hasn't aggressively advertised it on the campaign trail.

On both of these issues, she's chosen to speak softly without carrying a big stick. Regarded as a hawk when she represented New York in the Senate, Clinton doesn't want to alienate major donors or reliable supporters needlessly over the president's Middle East policies. But she clearly doesn't want to gratuitously poke Obama in the eye, given how reliant she is on his coalition's support and energy to win the presidential election next year.

If she remains wedded to Obama's approach, any political backlash would begin in Florida—which, in turn, could determine the presidential election. Two of her leading GOP opponents hail from the state, and both are stalwart supporters of Israel, deeply skeptical of Obama's Iran deal, and outspoken critics of Obama's Cuba policy. The political outcome in Florida may not just determine the next president, but outline the foreign policy direction the United States will pursue after Obama is no longer at the helm.

NEXT STORY: Obama Lays Out Plan to Overhaul The American Criminal Justice System