Here Are the 3,000 Pages of Clinton Emails Released by State

The candidate's emails from 2009 are part of a wider release that will unfold throughout her campaign. 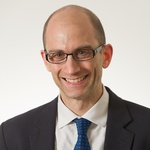 June 30, 2015 The State Department, acting under a court order, on Tuesday night posted roughly 3,000 pages of emails online that Hillary Clinton turned over from her private server.

Unlike last month's release of roughly 850 pages of Clinton's emails about Libya and the 2012 Benghazi attacks, the new trove of messages from 2009 touch on a broader range of topics from her tenure as secretary of State.

The emails will attract intense interest from the press and GOP opposition researchers, and Tuesday's release will be followed by more disclosures in coming months.

In late May a federal judge ordered State to publicly post batches from the roughly 55,000 pages that Clinton provided every 30 days, a process that could run through late January.

Clinton, the frontrunner for the Democratic White House nomination, has said that she wants the messages released as soon as possible. State is in the midst of a labor-intensive effort to review the documents.

NEXT STORY: Hillary Clinton's Email Address at State Was in High Demand