The federal government netted no new jobs in July, according to the latest numbers from the Bureau of Labor Statistics, marking the fourth consecutive month without much movement in its total workforce.

Uncle Sam ended the month with about 2.7 million employees, the same total it had at the end of June . Civilian agencies actually added 1,600 jobs in July, but those gains were offset by losses at the U.S. Postal Service.

The stagnation actually can be viewed as a positive development for federal agencies; the plateau comes after years of near constant job shedding. While the last few months are not enough to establish a trend, the recent job steadiness could be illustrative of increased stability after the sequestration-induced wave of hiring freezes and attrition measures that crippled agencies across government.

The U.S. economy overall (total nonfarm payroll employment) added 209,000 jobs in July, though unemployment ticked up slightly to 6.2 percent. Employment increased the most in professional and business services, as well as manufacturing. 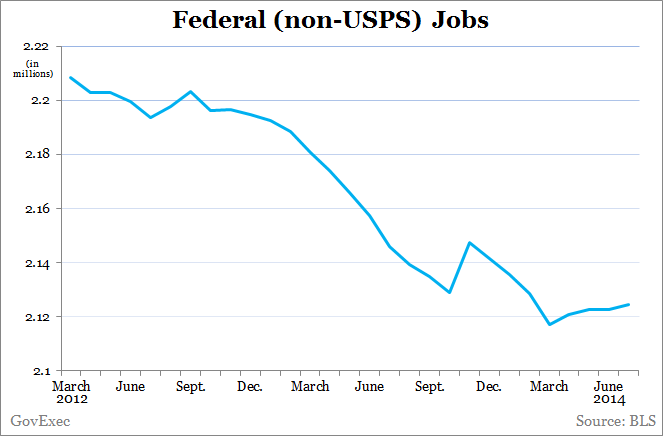