Management
UPDATED: One Chart Tracking the Many Ways Congress Wants to Fix VA

Conference committee is still ironing out reforms, but momentum may be slowing.

After the Veterans Affairs Department scandal broke back in May, there were a lot of proposals to fix the agency, and there was a bipartisan push to make the changes a reality.

But in the weeks and months since, that momentum has slowed amid international, border and funding crises. Still, the push for a VA overhaul continues as a bicameral, bipartisan conference committee seeks to iron out the differences between reform bills passed in the House and Senate.

“We’re having a little trouble getting the House to help us complete the conference,” Reid said. “Just because we want something done when we’re in conference doesn’t mean it gets done.”

“Conference committee negotiations are going well, and I remain confident we will reach an agreement soon,” Miller said, according to The Hill . “But the primary focus remains on getting the deal done right rather than getting it done by a certain date.”

Miller has continued to put out new legislation to address VA’s problems and punish the employees responsible. After initially stating VA already had authority to rescind bonuses paid to employees found guilty of manipulating patient data, Miller has sought to statutorily certify it does by introducing a bill to that effect. A similar measure was introduced in the Senate with bipartisan support by Sens. Kelly Ayotte, R-N.H., and Claire McCaskill, D-Mo. Miller’s bill is also likely to find Democratic backing in the House, as Rep. Stephen Lynch, D-Mass., said at a hearing earlier this week he planned to introduce such a measure.

Here’s an updated list of all the measures under consideration in Congress to fix VA, several of which have provided the foundation for the conference negotiations: 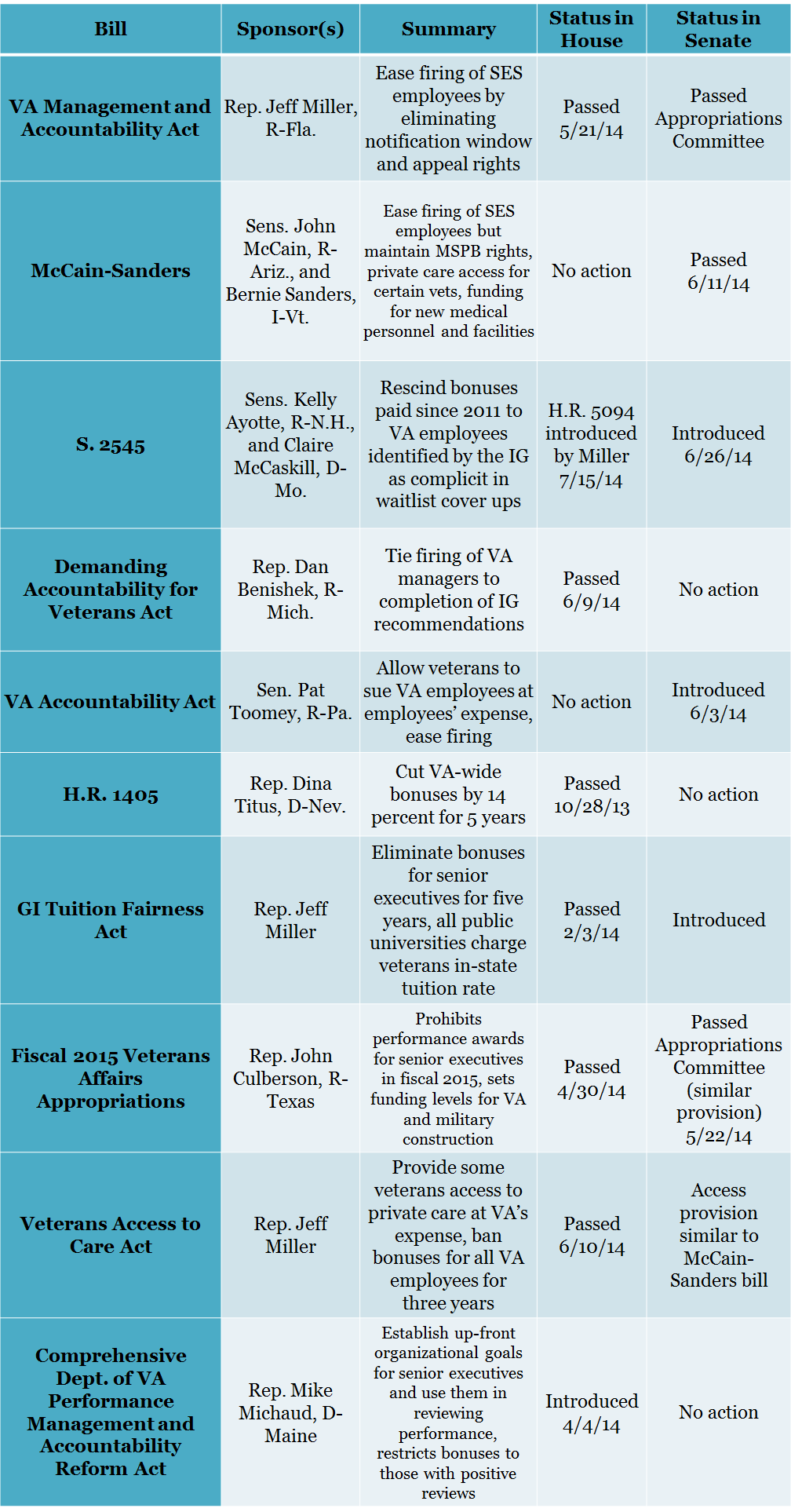