Management
5 Reasons the Shutdown is the New Normal

Why there's no 'getting back to normal' this time. 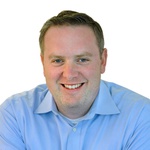 "When will the federal government get back to normal?"

As a partner in a small government consulting firm, I’ve asked myself this question several times over the last two years. Will contracts stop? What do we tell employees? How do we prepare? Can we do much of anything? And finally: Is this really just going to happen all over again next week in another form (the debt ceiling), and again come November/December?

When will this stop and go back to the way it was? For better or worse, the answer is never. We are in for a continued period of instability around the federal budget, appropriations and politics in particular. Here are five reasons why:

1. Social media, and really all media, create very little room to operate out of the public eye.

Most events in Washington are followed in minute detail across a variety of platforms, including traditional media--Politico, the Post, Fox News, MSNBC, the Drudge Report, Daily Kos, etc.--by interest and advocacy groups that can quickly communicate to dedicated followers. But now social media allows us to create, perpetuate or change a story without any intermediation by traditional media--and readers can flock to sources that reinforce their worldview (while never hearing those that offer a different perspective). Our fractured media landscape reinforces the fact that...

It’s clear that the divisions between the parties have solidified over the last decade or two, and we’ve entered an era of polarization not seen since the late 1800s. Given that polarized interests now have the additional advantages of easier fundraising and organizing, that’s a potent mix.

3. The power of outside groups is getting much stronger than Congress.

The ability to organize and fundraise on the part of various interest groups and individuals is easier than ever. Congress and the Obama Administration are a chessboard on which outside interest groups play more than ever. The sophistication of outside interests is up; the ability of Congress to preserve its institutional prerogatives is down. New York Times reporters Sheryl Gay Stolberg and Mike McIntire recently explained, in exacting detail, how this particular shutdown was actually months in the making--mostly at the behest of outside influencers, demonstrating that...

4. We live in a time where the power of dedicated minorities is greater than ever.

It doesn’t take that many people to flood a Congressional office with email, mail, and phone calls; or primary an incumbent and send a more partisan candidate to Washington. The Washington Post's Ezra Klein recently interviewed National Review reporter Robert Costa, who explained the real culprit of this shutdown: A lack of consequences, hinging in large part on the outcome of the 2010 election.

When you get [Republican] members off the talking points you come to a simple conclusion: They don't face consequences for taking these hardline positions. When you hear members talk candidly about their biggest victory, it wasn’t winning the House in 2010. It was winning the state legislatures in 2010 because they were able to redraw their districts so they had many more conservative voters. The members get heat from the press but they don't get heat from back home.

Social norms are changing: Microsoft is down and Twitter is up, everyone has their head in a smartphone, and the demographic mix of the country is altering with each passing year.

What's next? Do institutions like Congress, political parties and the White House develop new methods to take control of the situation or do we adjust to a new normal in which power is more diffuse, crises are a matter of course and we all adjust--both our political expectations and our business models?

Your guess is as good as mine. One thing is for sure: there's no getting back to “normal” anymore.

Alan Pentz is Director and Co-founder of Corner Alliance.

NEXT STORY: Analysis: Plummeting Public Trust Is a Global Problem