It’s dangerous business when private contractors recruit top government employees and then effectively lease them back to the government. 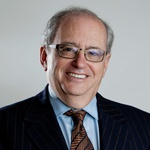 Booz Allen Hamilton, Edward Snowden’s former employer, is a cash cow earning billions from its intelligence work for the U.S. government. Snowden is among thousands of people who used to work for the government who went on to earn far more doing the same things for legions of private contractors. Almost 500,000 private employees held top-secret clearances in 2012, giving them access to the most sensitive secrets of the United States, with much of the clearance process itself done by … the self-same private contractors.

All this raises larger questions, questions that are not new (in fact, they go back to the beginning of the Republic) about privately contracting out public work. Privatization itself goes back to a 1789 statute that said, “It shall be the duty of the Secretary of the Treasury to provide for contracts which shall be approved by the President, for building a lighthouse near the entrance of the Chesapeake Bay, and for rebuilding when necessary, and keeping in good repair, the lighthouses, beacons, buoys, and public piers in the several states....”

There are good reasons why not all governmental functions can or should be done by government employees or officials. It can be more cost-effective to hire contractors instead of training government employees; contractors can have more expertise; and contractors can do many things more efficiently. Some states have privatized such things as toll roads in order to raise cash in the short run to resolve serious budget problems (in the process, of course, sacrificing long-term revenue). In other cases, such as infrastructure, public-private partnerships can be the most cost-effective and efficient way to accomplish public and private ends.

But in recent decades, the dramatic push for more and more privatization of federal functions has gone beyond a discussion or analysis about how to best sort out public and private functions, turning into a headlong rush to privatize more. A good part of this is ideological in nature—driven by vociferously antigovernment ideologues who want to squeeze the size and role of government, decapitate government-employee unions, and discredit government generally along the way. Another part is greed: Sell off parts of government, or hand out contracts, in ways that reward one’s cronies and campaign benefactors. And a third part is to hide the costs of difficult or unpopular activities such as war or spying. Mixed in with these motives is a broader, less malign one: As government has been squeezed and public employees vilified and cut back, the only feasible way to hire competent people who are needed to fill important functions is to do it through the back door.

The intelligence brouhaha and Snowden fiasco—how could this guy have been hired, given his high-level classification, paid $122,000 a year, and gain access to areas expressly off-limits for someone at his level?—should make us focus on the bigger issue, and bigger problem, here. We have vastly over-privatized, and in the process lost control over swaths of important policy areas while allowing unaccountable and even outlaw behavior to expand. And we have created areas where crony capitalism can meet crony government to create crony corruption that cheats all taxpayers.

Beyond the intelligence area, we can hark back to the last set of outrageous and scandalous privatized behaviors—the privatization of war, with the sharp proliferation of private contractors sent to Iraq and Afghanistan who operated outside the restraints of the U.S. military, the common conventions of behavior in war, and the laws of the countries in which they operated. Murders and rapes clearly occurred multiple times by employees of contractors in these countries, and the perpetrators got off scot-free. There were at times more than 100,000 contractors in Iraq, including nearly 50,000 “soldiers,” many making $1,000 a day, far more than active-duty military, with the money coming from American taxpayers. Conveniently for politicians, if these “soldiers” died, they were not counted in the official death toll of Americans killed in the war.

Then there is the corruption, which is at least as worrisome as the corruption we have from the lobbying industry interacting with lawmakers and congressional staff, illustrated chillingly by Jack Abramoff and described compellingly by Bob Kaiser in his book So Damn Much Money. If multiple public functions are privatized, or partially privatized, government employees have huge incentives to curry favor with potential private employers by granting them rich contracts or consulting fees, and then subsequently getting jobs paying multiples of their government salaries—or just giving nice perks to one’s former colleagues and friends who left for the private sector. Waste and fraud are legion in Pentagon contracts, Energy Department contracts, and multiple other places. Just last week, The Washington Post reported on an Energy Department inspector general report questioning $450,000 in consulting fees paid to former Rep. Heather Wilson, R-N.M., with the contractors who billed the Energy Department unable to document her work.

Last week, I wrote in passing about the Snowden case in the broader context. Antigovernment ideologues demonize government and government employees, cutting their pay and their programs and finding other ways to undercut them. That makes recruiting top-flight people much more difficult, especially in areas such as computer science or engineering. Government responds not by providing incentives to recruit and keep the best and brightest, but by going through the back door of privatizing and letting private firms pay far more to do essentially the same work. Private contractors know the game well; they can recruit top government employees and then effectively lease them back to the government, where they do the same jobs and stick taxpayers with much higher bills.

The costs are high, and not just in terms of money. This is a dangerous and dishonest business, whether in war or intelligence. There will always be a need to mediate between public and private functions, and public and private responsibilities. But we have let the mania for privatization, and the willingness of politicians to pander to antigovernment sentiment, to take it way too far. It is time to bring it back.

This article appears in the June 20, 2013, edition of National Journal Daily as Crony Corruption.

NEXT STORY: Why the FBI Shouldn't Be Trusted to Investigate the Death of Ibragim Todashev