With the benefits of napping becoming increasingly clear, it's time to let public sector employees rejuvenate the way nature intended them to. 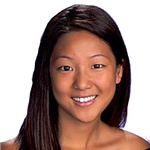 Joy Hahn
Research suggests that you’re more productive, no surprise, when you’ve had adequate sleep. that napping 26 minutes per day can boost performance by as much as 34 percent and alertness by 54 percent. In the private sector, big businesses such as Google, Nike, and British Airways have responded to these findings by providing their employees with napping stations to improve performance and therefore their bottom line.

Exhaustion: Do you feel it? You throw on a smile, walk into your building, down a coffee or two, and push through the next 8 - 10 hours. “Soon I’ll be home to rest,” you tell yourself. Sometimes that exhaustion is more than a case of the Mondays . It’s your body telling you it needs a rest. According to a survey by the National Sleep Foundation, nearly 30 percent of workers report falling asleep or becoming very sleepy at work most months. And 65 percent of respondents admitted experiencing performance issues.

Bringing naps to the public sector might be more challenging, especially when napping is usually rewarded with ridicule or a swift firing.

According to The Washington Post, when workers in the Census Bureau were caught sleeping on the job, the penalties included public humiliation and advice for medical attention. A memo “urged employees to take leave if necessary and to seek medical help if they are feeling tired or drowsy…A Census spokesman confirmed that ‘a handful’ of census workers had been found in recent weeks napping in the lobby, library and cafeteria of the agency’s headquarters… It is manifestly unprofessional and creates an impression of carelessness.” Perhaps implementing resting stations in private areas would prevent judgments of unprofessionalism?

Similarly, the notorious air-control nappers of the Federal Aviation Administration were disciplined with suspension for falling asleep on the job. Sleep experts say it demonstrates that the FAA faces a systemic issue with the thousands of people expected to work through the night in safety-critical jobs. Greg Belenky, who heads the Sleep and Performance Research Center at Washington, recently told USA Today , “I would guess that this is one of those things that’s been going on for some time and it is just now coming to attention.” Belenky and others say the answer is to allow controlled napping.

If employees were granted an allotted time to revive their bodies, they would work with more focus and stamina. Sleepiness should not be an excuse for laziness, but sometimes drowsiness is due to exhaustion rather than apathy. Designating a few minutes to rest is a more practical solution than the extreme of seeking medical help for fatigue.

The public sector is ripe to benefit from the benefits of napping. Despite what you hear in the news, government workers are human too. Our bodies function the same as those of our private sector brethren. Departments and agencies could emulate companies that are currently reaping viable benefits from the theory of naptime. A mere 10 to 20 minute nap during an 8 hour day can increase energy, performance, attitude, mindset, and health.

Perhaps allowing government workers to briefly “sleep on the job” is worth the leap of faith? This idea is really no different than any coffee or cigarette break (except it’s probably healthier than both of those). The most substantial cost would be the purchase of dark and comfortable sleeping pods/stations, but it could potentially be recouped through productivity gains.

Bringing napping to public sector employees would place them in good company. It’s thought that Leonardo da Vinci, Albert Einstein and Thomas Edison were all proponents of the power nap. Would the government have more power on power naps? It’s certainly worth finding out. Here are a few things to consider when implementing a power napping program (or any similarly innovative, perhaps unorthodox program).

David Wescott of Business Week agrees: “Rather than fighting to stay awake at your desk with diminishing cognitive returns, work on it in your sleep,” Wescott writes. “Your brain continues to be productive while you’re unconscious.” So kick the current stigmas (laziness, slacking, boredom, etc) connected with sleeping at work to the curb—we’re even working while we’re asleep.

Would you allow your employees to nap on the clock with enforced parameters? Would you yourself nap during work, knowing the benefits? Have you heard of any agencies giving this a try? Share your thoughts in the comments.