Management
Analysis: America's greatest economic weakness was its government in 2012

The dysfunction of our political system is now sapping confidence from businesses and families. It may be the single biggest hurdle standing in the way of our prosperity. 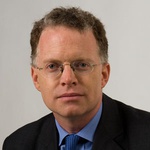 Barack Obama said it himself in his first post-election press conference. Speaking at the White House on November 14, Obama said conversations with families, workers and small business owners along the campaign trail had left him convinced that average Americans deserved more from Washington.

"When you talk to these folks," Obama said, "you say to yourself, 'Man, they deserve a better government than they've been getting.'"

As 2012 comes to a close, partisanship is slowing our economy, making our children unsafe and reducing our confidence in the future. In 2008, egregious behavior by bankers and regulators could be blamed for gutting the economy. In the 1970s, high union wages could be blamed for reducing the competitiveness of American industry. Today, our political dysfunction is our biggest economic and social liability.

Example one: the fiscal cliff. After two months of absurd political posturing, the country is four days away from a wholly preventable economic body-blow that will stall a fragile recovery. The same dynamic that occurred last summer during the debt-ceiling fiasco is repeating itself. The failure to compromise on fiscal policy is eroding consumer confidence and slowing the economy just as growth begins to take hold.

The problem is not that American companies and workers are uncompetitive. It is not that manufacturing jobs are flowing overseas. Those economic trends have largely played themselves out. It is a new dynamic: political deadlock handicapping our economy.