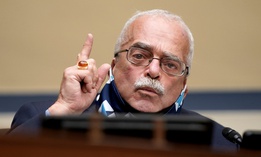 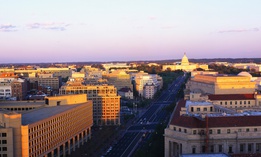 Management
Budget crisis: A chance to improve, not dismantle, government?

As the November elections draw nearer, the budget debate will not be about whether to cut government spending, but how, Rep. Chris Van Hollen, D-Md., told an audience of federal workers on Monday. While Democrats tend to focus on how to make the government more efficient, most Republicans seek ways to dismantle it, he said, imploring employees to “help tell the story” and “carry forward the great cause of providing service to the American people.”

Speaking to the Excellence in Government conference put on by Government Executive Media Group under the theme: “Innovation: More Mission for the Money,” the ranking member of the House Budget Committee said, “Every day I meet hard-working federal employees who give you a sense of pride, so it burns me up when Republican colleagues try to gain political points by talking down federal employees. It’s so easy for those who want to cut spending to talk about faceless bureaucrats.”

Van Hollen, whose suburban Maryland district is home to numerous major agencies, said when “a small handful of employees betray the federal trust,” as happened recently with “a small part” of the General Services Administration, “it makes it that much harder for those who believe in government [to counter those] who cynically use the events not to improve government but to dismantle it.”

That’s a reason employees must maintain the highest ethical standards, he added.

Noting the House Budget Committee is preparing to alter the 2011 Budget Control Act and pave the way for further cuts in domestic spending, Van Hollen said that law already mandates $900 billion in discretionary spending cuts over 10 years, which will take agency budgets “down to the lowest percentage of the economy since the Eisenhower years.” He called that sufficient.

He touted the Democrats’ alternative, “a balanced approach” that combines new revenues with spending cuts, but held his party open to tax reform and some cuts “on the mandatory side,” such as direct farm subsidies. The Republicans, he said, have signed a pledge saying “not one penny” in new revenues for deficit reduction as part of a long-term plan to “strangle government in the bathtub.”

Their math is simple, said Van Hollen, whose parents both worked at the State Department. “If there’s no new revenue, we can whack programs,” he said, mentioning the Medicare “guarantee” and food and nutrition programs as examples. The current proposal for a hike in federal workers’ pension contributions, he added, is a 5 percent cut in federal pay. “Everyone knows the impact will make it more difficult to hire and retain federal employees,” he said, and managers will “face a vicious circle” in which fewer services are delivered, which in turn will prompt calls for more cuts.

He implored agencies to “be creative and innovative in doing more with less,” but said: “There comes a point when it simply means fewer services, less research at the National Institutes for Health and fewer FBI law enforcement personnel. We can’t tell the American people we can continue to provide services while decimating the budget.”

Danny Werfel, the U.S. controller, likened the current budget stalemate to the crisis the government faced in February 2009 when hustling to implement the Recovery Act. The new Obama administration was “presented with an enormously daunting challenge of implementation -- a Mount Everest -- with lots of money to distribute and extreme pressure to distribute it quickly and efficiently to help state and local economies,” but few checks against waste and fraud, Werfel said.

The response, with “a clarity” of priorities from the president and Cabinet, was an unprecedented partnership among senior officials and other stakeholders who “wore their agency hats and their governmentwide hats” to brainstorm sessions. With no time to put out proposals and receive public comment, they used conference calls and tapped technology to build the Recovery.gov website, “the most multidimensional public website ever created,” Werfel said.

What he called a “seminal moment” occurred when a citizen in South Florida called the new Recovery Board’s hot line and reported that one of the recipients of stimulus money, according to the website, was a private home on the waterfront in her neighborhood. That led Washington-based analysts, without “leaving their chairs” and spending money on flights and hotels, to compile data and discover that numerous corporations receiving federal money were using that same address. A proper investigation then ensued.

This story of “using the stress of the situation to collaborate” contains “some of the ingredients of how we need to innovate,” Werfel said. “Government is learning to manage risks and deploy resources better” as “the federal family” modernizes for the 21st century.

He reviewed some advances through the Campaign to Cut Government Waste, such as reducing improper payments and saving money on travel through greater use of videoconferencing. Agency leaders are better defining program goals, which helps to organize resources, and they are committing to greater transparency, Werfel said. “It’s an exciting time to be a federal employee. I don’t want to come to work every day and have a lazy day -- I want to be challenged,” he added.

“I’ve seen government meet the challenge, and I believe we will meet it again,” Werfel said.

Dave Wennergren, assistant deputy chief management officer at the Defense Department, offered 10 observations on how the Pentagon -- particularly in information technology -- is creating a sense of urgency for change to reflect the digital revolution and the up-and-coming workforce. At a time of “financial challenges, it gets tough and people tend to hunker down so that the first things that fall off the bus are the new things,” he said. “Some of the Pentagon business systems are old, but they have constituencies and they love their babies,” he said. “We have to let some people know their babies are ugly.”

Wennergren stressed the need for data-based decision-making, noting Wal-Mart knows, when hurricane season approaches, exactly which products to stock up on. Data scientists, he said, were just named by The Economist magazine as “the sexiest job.”

But technology is only part of the picture for agency managers challenged with becoming a “lightning rod for change,” he said. The most important element is people, who sometimes are slowed by mistrust, Wennergren added, but most of whom are “change-neutral.”

The workforce of the future will be “radically different,” he said. “They grew up digital, are not willing to work for the same company for 40 years, and have a need to contribute and innovate.”