Defense
Washington Is Never Quite Sure Where It Is at War

The Niger debacle exposed just how little Congress grasps about what U.S. forces are up to around the world. 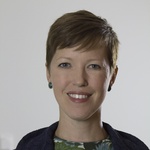 The United States is a nation at war. But for much of the past two decades, a great deal of the Pentagon’s overseas activities would not technically classify as combat, with all its attendant logistical trappings and legal tango. In fact, much of this activity receives rather benign categories: “building partner capacity”; “Light footprint” ; or “Assisting or accompanying,” like a maiden aunt chaperoning a young couple to a dance. But from the ground, some of this stuff still looks an awful lot like combat. If America romanticizes warfare, it idealizes much of what the Pentagon calls “military operations other than war.”

In response to the deaths of four U.S. soldiers in Niger in early October, Senators Lindsey Graham and Bob Casey, standing in for many of us, expressed surprisethat the U.S. military was even present in the country. I’ll give them the benefit of the doubt: What they really meant was that they were not aware they needed to worry about the presence of U.S. troops in Niger. Spoiler alert: they did. The post 9/11 wars have launched a multitude of well-intentioned, but deceptively risky activities intended to increase global security on the cheap. In the process, political oversight, and potential for success, may have been shortchanged too.

While there’s nothing particularly new about the fact that America is helping build the capacity of more than 100 foreign militaries, this approach has grown more popular—and for good reason: It’s seen as a sweet deal. The United States has spent billions (versus potential trillions) on this “indirect approach,” working by, with, and through, foreign partners in innovative, low-cost, and small-footprint efforts to achieve its security objectives. It has trained, advised, assisted, sometimes accompanied, and enabled. While it has generated a cornucopia of terminology, it has failed to confront the fact that, in truth, many of these activities constitute a low-key means of achieving the outcomes of a major military intervention without the requisite investment of blood, treasure, and political capital that comes with formal declarations of war—or attention to risk.

Since 9/11, Washington has generally been content to grant the Pentagon ever-increasing authority and dollars for such missions. As former defense secretary Bob Gates put it, helping partners to manage their own security is “in many ways the ideological and security challenge of our time.” Both conducting large-scale combat operations and ignoring potential enemy safe havens is politically untenable. So helping foreign forces combat mutual adversaries was both an excellent middle ground and a way of “doing something” when doing nothing was unacceptable. As one of the original authors of President Obama’s Security Sector Assistance presidential policy directive, I was a believer.

What’s less clear to me is if the Washington establishment embraced building partner capacity and its many related activities with serious consideration of what, precisely, they were authorizing. The rhetorical leaps from equip, train, advise, assist, and, in some cases, accompany, may appear minor, but are quite consequential in practice. The relative low risk of a small special-operations forces training mission versus a large-scale deployment may be preferable, but it’s not negligible. And the shifts between low-profile reconnaissance mission and high-intensity man hunt or ambush are not easily constrained by law or policy.

This brings us back to the Niger debacle. Recently, Jack Goldsmith and Marty Lederman, two former senior officials in the Justice Department’s Office of Legal Counsel, debated on Twitter with Charlie Savage of The New York Times over what legal authority the U.S. special forces in Niger were operating under. “What’s amazing,” Goldsmith tweeted, “is that the three of us are debating the possible legal basis of [a] large troop deployment abroad. That should not be obscure.”

He’s right: It shouldn’t be, yet it is left conveniently murky. While Goldsmith and Lederman are better guides for the legal question, as a wonk who watched and sometimes helped expand this gray zone, my perplexity breaks down in three ways.

First, U.S. forces in Niger took part in a number of programs, including standard “train and equip” efforts, a base-construction project, and partnered counterterrorism operations. It’s hard to say what specific authority particular units operate under. Assistance programs and War Powersnotifications—which summarize U.S. military deployments where forces are equipped for combat though not necessarily engaged in combat—are reported in great detail to Congress. But for security and political sensitivity reasons, specific troop movements and associated missions are not. But the question of whether the soldiers in the ambushed unit in Niger were operating under the 2001 Authorization for Use of Military Force (AUMF), which authorizes war against al-Qaeda and affiliates, remained up for public debate until Defense Secretary Jim Mattis confirmed they were not on October 30. Whether and where the U.S. military is at war should not be a such a mystery.

Part of that confusion derives from my second concern: Whether Congress has even tried to understand the protocols under which U.S. forces in theaters like Niger operate. As General Joseph Dunford, the chairman of the joint chiefs of staff, said in a briefing last week, the service members who died in Niger were authorized to “accompany” the Nigerien forces they were training, under the presumption that contact with the enemy was unlikely. A critical component of what the Pentagon calls “foreign internal defense” (part of a broader range of security force assistance missions), this is an often tactically effective means of enabling foreign forces. But it is not risk-free, and, to use a phrase beaten to death by defense circles, “the enemy gets a vote” as to whether such operations are kinetic.

Put another way: U.S. forces in such circumstances may be working with partner forces in combat, but not in combat themselves. This type of distinction drew intense frustration from journalists and military families alike after the Obama White House tied itself in semantic knots over whether troops killed in Iraq in 2016 were on a combat mission or simply operating in a “dangerous place.”

Third: It’s not entirely clear how higher-risk security force assistance missions like those in Niger and elsewhere factor into Congress’s clumsy new debate on updating the AUMF. Despite the U.S. government’s intent to intensify counterterror efforts in Africa, it does not believe it needs any additional authority to do so, preferring instead to stretch the interpretation of the AUMF and expand the gray world of partnered operations.

So why pay attention now? Pentagon-dominated efforts to build partner capacity have tripled since 9/11. U.S. forces, particularly special-operations, increasingly work outside “Areas of Active Hostilities” after many years of commitments in Iraq and Afghanistan. It’s unclear whether Congress envisioned the growing empire of partner-enabling authorities to include widespread deployment of U.S. forces “near” combat, or if its notion of such efforts—incorrectly, if reasonably—resembles a more benign training mission on a secured military base. Are they conscious that “light footprint,” tends to mean a total lack of infrastructure to aid U.S. forces should they get in trouble? And if advisory missions do morph into more deliberate kinetic operations, what role does Congress play in that evolution?

A related matter is whether U.S. forces themselves are comfortable doing these missions. While they are nothing new, there’s a big difference between operating in Afghanistan, with its access to close air support, intelligence capabilities, and regimented medical evacuation standards, and operating in Africa—“an“economy theater,” in the words of Africa Command Combatant Commander General Thomas Waldhauser. The DoD assigns fewer forces and assets to the command than the Middle East, and a massive growth of forces is not politically tenable.

For Americans to get a better handle on whether this manner of non-warfare is tolerable, they’d have to ask what the United States gets out of these missions. Certainly, much of the U.S. government seems to have decided that it is “easier, cheaper and more efficient to send a few advisers to build up local forces, and have them fight, than to fight these wars with thousands of U.S. troops,” as my colleagues Andrew Swick and Phil Carter wrote. But this is an untested theory.

Over the years, there have been countless studies exploring whether capacity-building efforts work. Bottom line: not always, not easily, and we need to know more. The greatest potential for success in these programs requires that people across the national-security apparatus pay attention to them strategically (a big investment). It requires that they come with transparent, reasonable goals aligned with America’s partners, balanced against short-term needs. They also need to be part of a sustained political commitment by the United States. And while such efforts are comparatively lower risk, they are by no means risk-free, and may generate “wholly unintended consequences that create different, albeit formidable, strategic challenges for the United States.”

Few of these conditions seem compatible with how Washington currently approaches the building of partner capacity. Congress did reform many security-cooperation programs last year, but its pursuit of improved metrics and accountability is untested and some relevant programs weren’t impacted. Congressional reporting requirements for these activities are already extensive, but reporting isn’t the same thing as aggressive oversight. And the executive branch has not been much inclined to grade its own homework here.

Under the cheery mantras of building partner capacity, there has been a “massive expansion of U.S. military operations without any meaningful political oversight, let alone a specific vote to authorize them,” as Swick and Carter said. Secretary Mattis inadvertently summed up this concern when, in describing the tragic operation in Niger, he declared “war is war”—despite the fact the United States is not, technically, at war there. After the tragic ambush in Niger, both Congress and the White House would do well to more fully acknowledge these realities.

NEXT STORY: Senator to Donald Trump: Americans Deserve to Know the Costs of a North Korea Conflict