Defense
Defense Secretary Ashton Carter: Gulf Arabs Need to Get in the Fight

In an interview, Carter says America’s Arab allies need fewer expensive weapons systems—and more will to battle ISIS and Iran on the ground. 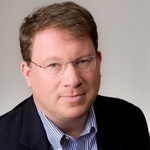 U.S. Secretary of Defense Ashton Carter had reassuring words for Israel when I interviewed him last week in his office at the Pentagon, but he also had blunt criticism of other American allies in the Middle East: the Arab Gulf states, who, he argued, sometimes appear unwilling to effectively engage their enemies. Carter suggested that these states—the members of the six-nation Gulf Cooperation Council (GCC), and Egypt as well—would rather build show-horse air forces than commit to the dangerous work of countering ISIS and Iran, the main bogeymen of moderate Arab states.

“If you look at where the Iranians are able to wield influence, they are in the game, on the ground,” Carter said, referring to Iranian military activities in Syria, Iraq, Lebanon, and Yemen. “We don’t like it that they’re in the game on the ground, but they are in the game. There is a sense that some of the Gulf states are up there at 30,000 feet,” more interested in acquiring advanced fighter jets than in building—and deploying—special-operations forces.

Carter went on, “It is apparent to us, and we are trying to make it apparent to the Gulf states, and some of them understand this—the United Arab Emirates is one that understands—that the reason they lack influence, and feel they lack influence in circumstances like Iraq and Syria, with [ISIS], is that they have weighted having high-end air-force fighter jets and so forth over the hard business of training and disciplining ground forces and special-operations forces.”

At a summit meeting at Camp David in May with the member states of the GCC—Saudi Arabia, the United Arab Emirates, Qatar, Kuwait, Bahrain, and Oman—President Barack Obama publicly promised these countries “ironclad” American support, but at the same time privately chided them for their passivity and told them he was under no pressure from the Middle East-weary American people to become further entangled in their regional disputes. A consistent complaint of the Obama administration is that numerous American allies in the greater Middle East, including, notably, Turkey, as well as the Gulf states, expect the United States to do the hardest fighting against their regional enemies—enemies who pose far more immediate threats to their interests than they do to American national security.

When I noted to Carter that he appeared to be expressing publicly a set of critical observations that Obama had privately expressed to Gulf leaders at Camp David, he said: “It wasn’t hidden at Camp David, I can tell you that.”

He went on, “I’ve said the same things to them: ‘Guys, you come and complain to us but you’re not in the game. You have to get in the game. This stuff that you want”—advanced aircraft, mainly—“doesn’t do you any good when the Houthis are overrunning Yemen.’” Carter said that the U.A.E., which recently lost 45 troops in a single day in Yemen, is a country more fully committed to fighting on its own behalf. “The Emiratis have a small but capable force, but the other Gulf states, Egypt, and so forth, they don’t. Egypt still has a very large conventionally oriented, war-with-Israel military, which is odd, given the kaleidoscope of problems they have around them.”

Carter and I came to this discussion about the Gulf states and their limitations by way of a related discussion concerning the maintenance, by the Pentagon, of Israel’s so-called qualitative military edge. For years, the United States has promised Israel that it would not help provide to Arab states weapons systems that would be anything near the technological equal of systems—American-made and otherwise—that Israel deployed. In recent years, Israel has worried less that countries like Saudi Arabia would use these weapons against it—after all, Israel and Saudi Arabia are in complete agreement that Iran represents a common existential threat—than that these weapons would fall into the hands of Sunni extremists. Though he has doubts that countries like Saudi Arabia need some of the weapons systems they seek from the United States, Carter also acknowledged that it would be better for the U.S., and Israel, if the Gulf states did their weapons shopping in America. (So far in 2015, the U.S. government has approved the saleof $115 million worth of arms to Kuwait, $150 million to Bahrain, $845 million to the U.A.E., and $19.5 billion to Saudi Arabia.)

“It’s not just that we have relationships with Gulf allies, which we do, and it’s not just that we want to sell arms, which is natural as a matter of political economy; it is also, from the security point of view, true that we have more influence over the parties that are receiving [weapons systems] because the transactions are overseen by us,” he said. “If the transaction is with the French or the Russians, this is different. These are not situations in which the transaction isn’t going to happen at all. The question is, will it be an American transaction or someone else’s?”