Defense
Bernie Sanders Enters 2016 Race as an Alternative to Clinton

The anti-war Vermont senator calls for accountable defense spending and better veterans care, setting him apart from other 2016 candidates. 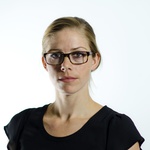 Sen. Bernie Sanders, I-Vt., launched his run for the White House in 2016 on Thursday, promising an aggressive challenge to his rivals’ hawkish chorus on national security, including presumptive Democratic nominee Hillary Clinton. Amid a crowded field of candidates who have struggled to distinguish themselves on national security, Sanders will run an unabashedly independent, anti-interventionist campaign.

“Our country today faces more serious crises than at any other time since the Great Depression,” Sanders said. “I voted against the Iraq War … Many of the things I’ve said have turned out to be true about the massive destabilization of the region.”

Sanders mentioned no rivals by name, insisting he’s never run a negative ad in his life and vowing not to start now. But his reference to Clinton’s last campaign for the White House, beleaguered by her vote for the Iraq War as a senator, was obvious. Nor did Sanders spare her as he criticized the influence of money in politics, repeatedly hitting the Koch brothers and “other families” whose hold on the U.S. political system he said dilutes democracy.

In his some 25 years in Congress, Sanders is perhaps best known for his impassioned speeches on money in politics, income inequality and big banks; his 2016 campaign will offer much of the same. But as national security emerges as a central issue in the 2016 election, Sanders can tap into his role at the center of some of the biggest defense debates since his election to the Senate in 2006.

As the former chairman of the Committee on Veterans’ Affairs before the Republicans took the Senate majority this year, Sanders oversaw the investigation into the health-care scandal that led to the resignation of former VA Secretary Eric Shinseki. His legislation to reform the VA’s health-care system was one of the most significant laws in decades to address chronic issues at the department.

“I don’t believe the many men and women who defend democracy fought to defend a system where billionaires could buy office,” Sanders said Thursday, tying his argument against money in politics into his work on veterans issues.

As the ranking member of the Budget Committee, he has a prominent seat at the table during defense-budget negotiations. This year, many GOP members are pushing to use the Pentagon’s Overseas Contingency Operations account, the war chest that funds the Afghanistan war and other operations, to get around budget caps and boost defense spending. “He doesn’t like it,” said Vincent Morris, Sanders’ senior advisor for policy & communication on the committee, of the budgeting gimmick.

“Simply put, the Pentagon continues to be riddled with waste, fraud and abuse of taxpayer funds to a degree unmatched across the federal government,” Sanders said in a release last month, asking Defense Secretary Ash Carter for a meeting on the issue.

As the fiscal 2016 budget is considered, Sanders has proposed an amendment auditing the Pentagon, following the introduction of a bill in February that would do the same. He wants to block additional defense funding “until they can account for what’s spent,” according to Morris.

Sanders’ view on defense spending is part of the basis for his anti-interventionist national security stance, Morris said. “The way he sees it, they started two wars without any plan to pay for them. Now they want to start a third war with ISIS. That’s been his view of things in the Middle East.”

This may sound familiar. Sen. Rand Paul, R-Ky., another candidate hoping to tap into grassroots enthusiasm as an “outsider,” has also taken a fiscal conservative’s approach to defense spending in the past, saying, “We can’t fight wars on a credit card.” But even Paul and Tea Party-favorite Sen. Ted Cruz, R-Texas, have moved more toward the middle of a GOP pack that broadly has adopted a platform to use U.S. military might to shape foreign affairs.

Sanders argues that it is other countries’ responsibility to shoulder their own security. The Islamic State fight is not only a U.S. problem, but a regional and international one, which should be fought more by forces from Turkey, Saudi Arabia and others with the capacity and responsibility.

“This is a battle for the soul of Islam and must be won by non-extremist Muslim nations,” he said last year. “It cannot be won if the war is portrayed in the Middle East as U.S. vs. ISIS, West vs. East and Christianity vs. Islam.”

“I fear very much the U.S. being dragged into a never-ending quagmire in the Middle East, a perpetual war which will cost us more lives, more injuries and hundreds of billions of dollars,” Sanders said.

Though Sanders is an Independent, he caucuses with the Democrats, and Morris confirmed he will run for the Democratic nomination.

Government Executive
eBook: How the Cloud is Helping the Government’s Pandemic Response

Government Executive
eBook: How the Cloud is Helping the Government’s Pandemic Response
Back to top
Government Executive uses cookies for analytics and personalization. By continuing to use this site, you agree to our use of cookies. Read our Privacy Policy to find out more.