Aid groups say recent news of accidental hostage deaths should serve as a wake-up call for the public about the country’s drone program. 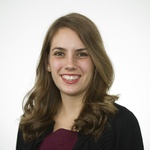 Mamana Bibi was picking produce from her garden in North Waziristan, a remote, tribal corner of Pakistan, when her family says they watched a drone strike kill their 68 year-old grandmother.

The case was chronicled by Amnesty International in 2013 as part of the advocacy group's campaign to raise awareness about the U.S drone program's rarely acknowledged side effect; civilian casualties in the Middle East. By interviewing residents and visiting dangerous and inaccessible regions of Pakistan, Yemen and Somalia, Amnesty International and other humanitarian aid groups hope to show that the nation's drone program has not come without a cost.

Still, the Obama administration has been tight-lipped about its covert operations, rarely acknowledging mistakes openly. It remained quiet last week too, when the White House released a statement and the president spoke publicly about a January attack on an al Qaida-associated site that killed two Western hostages: Warren Weinstein, an American, and Giovanni Lo Porto, an Italian. Many major publications reported that the military operation that killed them was a drone strike. The White House has neither confirmed nor denied the reports, calling what happened a "narrowly tailored counterterrorism operation."

Because so many U.S. drone strikes happen in remote corners of the world, there is no way to track exactly how many non-Western civilians have been killed. There are merely estimates. The Bureau of Investigative Journalism—which keeps the most comprehensive tally—estimates that between 423 and 962 civilians have been killed in drone strikes in Pakistan alone. In Yemen, the agency believes between 65 and 96 individuals have been struck. The Obama administration has long maintained that the number of civilian casualties in drone strikes are small.

But aide organizations are doubling down on their cause now. They're not asking the feds to do away with the American drone program, which has remained a key tool for the administration in scaling back conflicts in Iraq and Afghanistan. They're asking the government to be more transparent about how the CIA makes determinations about who should be targeted and when.

In May 2013, the administration made the first signal that it was laying out more specific parameters for the drone program. During a speech at the The National Defense University, Obama declared that "America does not take strikes to punish individuals; we act against terrorists who pose a continuing and imminent threat to the American people, and when there are no other governments capable of effectively addressing the threat. And before any strike is taken, there must be near-certainty that no civilians will be killed or injured."

He continued: "As commander-in-chief, I must weigh these heartbreaking tragedies against the alternatives. Remember that the terrorists we are after target civilians, and the death toll from their acts of terrorism against Muslims dwarfs any estimate of civilian casualties from drone strikes. So doing nothing is not an option."

Weighing the cost of war has remained at the forefront of the president's calculations since. But civil liberties advocates say Obama hasn't lived up to the message he delivered two years ago.

"We applauded that announcement. That was an appropriately restrictive standard," says Jameel Jaffer, the deputy legal director at the American Civil Liberties Union, of Obama's remarks back then. "The problem seems to be not where the government stands but more with the government's failure to implement the standard they committed to in 2013."

The New York Times reported last week that the drone strike that killed the hostages in January was what the administration has called "signature strikes." These strikes target a group of individuals that intelligence officials have determined meet a certain pattern of behavior that suggests terrorist activity. However, in a signature strike, often, the person or group targeted is not known to the agency by name. Such decision-making has many advocates questioning whether a signature strike can really fit the "near-certain" criteria that the administration relies on.

The death of two hostages has reignited the call on Capitol Hill to review the drone program, but few senators appear interested in overhauling a program entirely as the intelligence community has hailed as highly effective.

"The collateral damage has been extraordinarily low," Sen. Dianne Feinstein, the ranking member of the Senate's Intelligence Committee, told National Journal last week. "That is really a fact. I only wish I could tell you what it was. That is the irony here. This is all classified."

The number of civilian deaths caused by U.S. drone strikes is classified and has never been made public.

Advocates say an agency cloaked in secrecy will not be able to correct its mistakes.

"The investigation should be made public, the families, the U.S. public, the international communities should know what went wrong and if there are any mistakes that should not have been made," says Jonathan Horowitz, a legal officer at Open Society Justice Initiative, of the review that Obama has ordered of the January operation. "That cannot continue to happen behind closed doors. Behind closed doors accountability isn't working for the drone program."