Defense
Chuck Hagel Is Out at the Pentagon

The defense secretary is leaving the top post at the Pentagon after less than two years in office. By Stephanie Gaskell 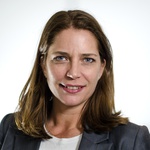 Defense Secretary Chuck Hagel is stepping down as defense secretary, after less than two years on the job.

A senior administration official confirmed Hagel’s resignation to Defense One.

“Over the past two years, Secretary Hagel helped manage an intense period of transition for the United States Armed Forces, including the drawdown in Afghanistan, the need to prepare our forces for future missions, and tough fiscal choices to keep our military strong and ready.  Over nearly two years, Secretary Hagel has been a steady hand, guiding our military through this transition, and helping us respond to challenges from ISIL to Ebola,” the official said. “In October, Secretary Hagel began speaking with the president about departing the administration given the natural post-midterms transition time. Those conversations have been ongoing for several weeks.”

“A successor will be named in short order, but Secretary Hagel will remain as Defense Secretary until his replacement is confirmed by the United States Senate,” the official said.

President Barack Obama is expected to make an announcement at the White House later Monday.

Hagel, 68, has been under mounting pressure in recent months as a growing number of national security problems have clouded the Obama administration, from Russian aggression and the threat of the Islamic State to scandals and budget cuts in the Defense Department. His resignation was first reported by The New York Times.

Hagel was brought in to lead the Pentagon after the war in Iraq ended, the war in Afghanistan wound down and deep budgets cuts became the new normal. After a contentious and bumbling Senate confirmation hearing in early 2013, Hagel stepped into the top job at the Pentagon as a quiet, unassuming leader. He used his experience as a former Republican senator to try to reverse budget cuts known as sequestration, led the pivot to the Asia-Pacific region and became a voice of caution for the use of military force across the globe.

But quickly, Hagel became entrenched in combating a number of conflicts and threats around the world, and several scandals inside the Defense Department, including a rise in sexual assaults and problems within the nuclear force.

Though Hagel never enjoyed high marks, a Defense One survey released earlier this month showed that his approval rating was just 26 percent. At the time, Pentagon Spokesman Rear Adm. John Kirby said, “The secretary is focused on his job making sure men and women in uniform and their families have all the support for the mission they’ve been assigned. That’s his focus.”