National Institutes of Health and VA will fund research on drug and alcohol abuse associated with military deployments. 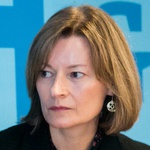 With drug and alcohol abuse on the rise in the military, the National Institutes of Health and the Veterans Affairs Department are teaming up to fund studies on how the problem affects troops, veterans and their families.

Eleven institutions will receive more than $6 million to examine the causes, screening, identification, prevention and treatment of those using and abusing both prescription and illegal drugs. Most of the research is directed at understanding the experiences of troops who have served in Iraq and Afghanistan.

A recent Army study found more than 106,000 soldiers currently are taking prescription drugs for depression, anxiety or pain, and abuse of those drugs is growing. The relationship between prescription narcotics and suicide is not well understood, but in some cases appears to have played a role in soldiers' actions. The suicide rate in the Army more than doubled between 2005 and 2009.

The Army study also raised concerns about what Vice Chief of Staff Gen. Peter Chiarelli called a "troubling subset" of the force -- the growing number of troops who use and distribute illegal drugs and commit crimes. When including accidental deaths, which frequently involve drinking and drug abuse and overdose, more soldiers die by their own hands than in combat, according to the report.

The research funded by NIH and VA will look predominately at substance abuse and related conditions. It also will examine treatment-seeking patterns -- why and when some veterans ask for help, and why many don't.

"These research projects will give us important information about the ways that combat stress and substance abuse affect returning military personnel and their families," said Nora Volkow, director of NIH's National Institute on Drug Abuse. "This knowledge will be used to improve our prevention and treatment approaches, which we hope will reduce the burden of combat-related trauma."

The National Institute on Alcohol Abuse and Alcoholism, a unit of NIH involved in the research initiative, has documented a link between combat deployment of U.S. military personnel to Iraq and Afghanistan and the onset of alcohol-related problems when they return, NIAA Acting Director Kenneth Warren said.

"We hope that by developing new strategies to prevent and treat alcohol abuse among returning servicemen and women, these new research projects will improve the lives of military families," Warren said.

The institutions receiving funding are: