Defense
No record of arms dealer’s certification as disadvantaged business

Suspended Defense contractor was designated as small and disadvantaged, but federal officials say it was never officially classified as such.

A Miami-based defense contractor under investigation for delivering faulty munitions to Afghan security forces saw his business boom after being incorrectly labeled as a small disadvantaged business.

Before the designation first appeared in the Federal Procurement Data System in mid-2006, AEY Inc., owned by 22-year-old Efraim Diveroli, had done $8.14 million in business with the federal government. Since the SDB label was applied, AEY has earned more than $204 million in federal contracts.

But several federal sources told Government Executive that AEY has never been certified as a small disadvantaged business. 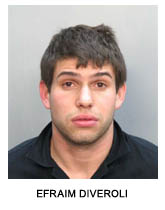 Officials at the Small Business Administration's headquarters in Washington and at its South Florida district office said they have no record of the company or any of its owners or operators filing an application for, or receiving certification, as a small disadvantaged business.

"They are not an SDB," an official from the South Florida office said. "They are not 8(a) or anything like that. They are just a firm that is listed in [the Central Contractor Registry] for purposes of being able to secure contracts."

Companies classified as small and socially or economically disadvantaged under section 8(a) of the 1953 Small Business Act are eligible for business development assistance in addition to access to contracts. The SDB program focuses on helping such companies gain access to the federal marketplace. The award criteria for each classification are different.

Another agency official said only SBA can receive, process and issue final decisions on small disadvantaged business applications. SBA 8(a) and SDB program officials have no record of AEY or its owners.

AEY was first designated as a small disadvantaged business on a June 8, 2006, State Department contract to "provide ballistic combat vests for Pakistan." This contract, worth $624,977, was awarded through "full and open competition after exclusion of sources," meaning the contract was competed after being set aside for "small business concerns."

AEY was incorporated in 1999 by Michael Diveroli, Efraim's father. The company did relatively little business until 2005, when Efraim, then 19, was named AEY's president. By the end of fiscal 2005, the company had received more than $7 million in federal contracts.

In March 2007, AEY signed its most lucrative deal to date -- a $298 million deal through a Defense Department contract to supply ammunition to Afghanistan's Army and police force. According to a report in The New York Times and U.S. Army officials who inspected the shipments, much of the ammunition was manufactured in 1966 in China. The obsolete and defective cartridges were shipped in poorly packed cardboard boxes that split open upon arrival, officials said.

The company was suspended from receiving federal contracts last month.

An AEY spokeswoman declined to comment on any of the company's contracts or its disadvantaged status.

It is unclear if AEY fraudulently designated itself as a small disadvantaged business on the 2006 State Department contract, or if the government misidentified the company. An official from the Office of Management and Budget said, "It appears as if some agencies entered incorrect data into the … system."

Other experts said it is just as likely that AEY simply identified itself as a small disadvantaged business on its State Department proposal.

Paul Murphy, president of the Fairfax, Va.-based market research company Eagle Eye Publishers Inc., said companies are responsible for designating themselves as small and disadvantaged in the "representations and certifications" portion of contract bids and proposals.

"This information is supposed to be truthfully represented and matched against the Central Contractor Registry," Murphy said. Misrepresentation would be "very easy," he said, and contracting officers often fail to confirm the status that companies claim on their proposals.

It is also unclear if the designation was incorrectly applied once, allowing other agencies to piggyback on the label, or if AEY identified itself as disadvantaged on each of the 49 subsequent contracts it was awarded after June 8, 2006. If federal contracting officers had checked the Central Contractor Registry at any point, they would have seen that AEY does not have a small disadvantaged business certification number and the line for entry date into the SDB program is blank.

Joe Hornyak, a partner in the government contracts group at Washington law firm Holland & Knight said the small disadvantaged business and 8(a) programs are essentially an "honor system" and federal contracting officers are not required to check a contractor's status or certification. In fact, the burden is on the contractors' competitors to police the system, he said, and catch companies that may be lying about their status.

Some procurement experts suggest that overburdened and understaffed federal acquisition offices simply may not have performed due diligence in verifying AEY's status, relying on information they assumed was confirmed by other agencies' contracting offices. But other analysts say it's possible the company was deliberately misidentified.

The federal government has statutory goals for the percentage of contract dollars going to small businesses and other subcategories. These goals are rarely met. For example, last year agencies fell short of meeting a goal of awarding 3 percent of contracts to veteran-owned businesses. The same was true for percentages of contracts awarded to small, women-owned business.

One of the few categories in which the government did meet its goal was in small disadvantaged businesses. According to SBA data , agencies cumulatively gave 6.8 percent of contract dollars to such companies last year -- exceeding the government's goal of 5 percent.

Scott Amey, general counsel for the Project on Government Oversight, a nonprofit watchdog group in Washington, said federal agencies are under increased pressure to meet these goals and could be willing to overlook -- or outright lie -- about a company's status.

"Agencies have an incentive to miscode [this data]," Amey said. "There may be a lot more to this."

Neither the State nor Defense departments responded to repeated requests for comment.

Small disadvantaged business status is one of the most difficult federal procurement preference categories to qualify for. Dick Otero, president of EZCertify, a Gainesville, Va.-based company providing software and services to companies applying for 8(a) and SDB status, said the process is extremely rigorous, partly due to the significant benefits SDB firms receive.

According to SBA's Web site, the SDB program makes small disadvantaged businesses eligible for special bidding benefits. EZCertify literature indicates that SDB companies can receive a favorable "price evaluation adjustment" of up to 10 percent or a proposal evaluation credit of up to 20 percent if bidding as a prime contractor. These adjustments would mean that a small disadvantaged business did not have to be the lowest bidder to win a contract award.

Legally anyone, regardless of race, ethnicity, religion or gender, can claim to have been subjected to disadvantage because of some personal characteristic, Otero said. But applicants for SDB status must prove economic and social disadvantage by providing a range of information, including financial statements and narratives. Many applications include as many as 1,000 pages of corroborating evidence of prejudice, and SBA denies nine out of 10 applications, Otero said.

"SBA really does act as a tremendous magnifying glass on this," Otero said. "Applicants have a heck of a time proving disadvantage. Even if you're in one of the presumed racial categories, you can flunk the economic test."

Diveroli does not appear to be a member of one of the racial groups statutorily presumed to be disadvantaged: African-Americans, Native Americans, Hispanic Americans, Asian-Pacific Americans and Subcontinent-Asian Americans. Even if he had applied to obtain status as a small disadvantaged business, it's highly improbable that Diveroli would have met the stringent economic criteria.

Diveroli's family owns a pair of military and police supply companies, both of which receive government contracts. Worldwide Tactical, which sells riot gear, chest protectors and flight suits, operates at the same Miami address as AEY and is owned by Michael Diveroli, Efraim's father. Since 2000, the company has received nearly $1.2 million in contracts.

Far more successful in the government marketplace has been Botach Tactical, a military and police supply company in South Central Los Angeles that has received more than $13 million in contracts and is owned by Efraim's uncle, Bar-Kochba Botach. The company, which advertises the sale of ballistic gear, chemical and biological detection equipment, and machetes, employed both Michael and Efraim Diveroli for a time, Botach told the New York Times .

Meanwhile, Efraim's grandfather, Yoav Botach, is one of L.A.'s wealthiest property owners. According to the Los Angeles Daily News , court records indicate that Yoav Botach owns 144 commercial or other properties in the city and has an ownership stake in Botach Tactical. The elder Botach, currently involved in a messy palimony suit, could have a net worth of $700 million, his attorney, Robert Hirsh, told the newspaper.

Yoav Botach is also the father of celebrity rabbi Shmuley Boteach, author of the bestselling book, Kosher Sex and the host of a reality TV show and a popular satellite radio program.

The House Oversight and Government Reform Committee will hold a hearing on AEY's business practices and possible violations of U.S. law and contracting regulations on April 17. A committee spokeswoman said they plan to investigate AEY's small disadvantaged business status as part of the probe.

"We did note that they invoked the small business qualification," the spokesperson said, "and we will be looking into the details of how AEY was granted its government contracts, including reviewing whether the company circumvented or complied with government contracting regulations."