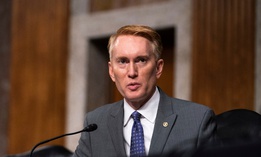 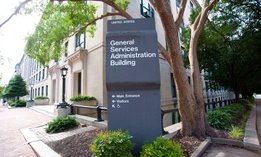 Oversight
Podcast: The Effects of the Ascertainment Delay

Oversight
Podcast: The Effects of the Ascertainment Delay

Agency has issued stop work order to the contractor responsible for the hidden rooms.

A warehouse maintained by contractors for the Environmental Protection Agency contained secret rooms full of exercise equipment, televisions and couches, according to an internal audit.

EPA’s inspector general found contractors used partitions, screens and piled up boxes to hide the rooms from security cameras in the 70,000 square-foot building located in Landover, Md. The warehouse -- used for inventory storage -- is owned by the General Services Administration and leased to the EPA for about $750,000 per year.

The EPA has issued a stop work order to Apex Logistics LLC, the responsible contractor, ensuring the company’s workers no longer have access to the site -- EPA security officials escorted contractor personnel off the premises on May 17 -- and ending all payments on the contract.

Since awarding the contract in May 2007, EPA has paid Apex Logistics about $5.3 million, most of which went to labor costs. Conditions at the facility “raise questions about time charges made by warehouse employees under the contract,” the report said.

The agency has completed an inventory of the warehouse’s contents and segregated all surplus furniture. EPA has committed to conducting an agency-wide review of all warehouse and storage facility operations.

In addition to the secret rooms, the IG found an incomplete and inaccurate recordkeeping system; numerous potential security and safety hazards, including an open box of passports; and “deplorable conditions” -- such as corrosion, vermin feces and “pervasive” mold.

EPA acting Administrator Bob Perciasepe said in a letter to the inspector general the agency has taken “immediate, aggressive actions” in response to the findings.

“The EPA is committed to addressing the previous conditions at the warehouse and implementing institutional protections to ensure those conditions do not recur at this facility or any other used by the agency,” Perciasepe wrote.

NEXT STORY: The Lady Gaga Fix: How the U.S. Is Rethinking GDP for the 21st Century