HeroRATs are on a global mission to sniff out danger and save lives.

Hallmark could have a field day with this one: April 4 was World Rat Day (also U.N. Mine Awareness Day). OK, maybe a greeting card would be over the top. But APOPO, a nongovernmental organization that trains African giant pouched rats to save lives, believes more people should feel the love. Here’s why:

They sniff out land mines. In post-war regions like Angola, lives are still endangered by land mines. HeroRATs are 25 times faster than using metal detectors, according to the organization’s fact sheet. APOPO says it has disabled more than 43,000 explosive devices in six countries, sparing over 900,000 lives.

They can detect tuberculosis. The rats can spot the disease 20 times faster than conventional diagnostics. APOPO screens 1,500 sputum samples per week in Tanzania and Mozambique, and credits HeroRATs with identifying more than 7,000 new patients and halting spread of the disease to more than 50,000 people.

APOPO (a Dutch acronym for anti-personnel land mines detection product development) is based in Tanzania, and its global partners include the Defense Department, the National Institutes of Health and the U.S. Agency for International Development. The aim is to partner with more agencies and train HeroRATs for missions like cancer screening, search and rescue, and container security.

The rats grow to about 4 to 6 pounds and can live for seven years. APOPO even offers an adoption program, in which proud donors can pick a name and track the birth, training and deployment of their HeroRAT.

The shine may have worn off some brands across government, but one agency continues to dazzle audiences with its star appeal. NASA was recently named one of the World’s 50 Most Popular Brands in a report by Infegy, a research firm that analyzes social media to quantify consumer sentiments. That puts NASA in the same galaxy as corporate giants like Google, Twitter, Apple and Nike. Infegy analyzed some 800 brands based on volume and tone of online conversations.

Posts per week in October 2014

Colorado is already known as a very fit state in terms of the health and wellness of its residents. One survey late last year declared the Centennial State as the least obese in the nation.

But what about Colorado’s state workers?

The 16-week State of Slim pilot program, offered by the University of Colorado Anschutz Health and Wellness Center through the State of Colorado Employee Wellness Program, has been showing great results for the first group of 20 participants, which overall has lost a total of 282.1 pounds.

Some state employees who have participated have lost as much as 34 pounds. On average, participants have lost 8.59 percent of their body weight.

According to an announcement from the Colorado Division of Human Resources and the Anschutz Health and Wellness Center:

“In terms of weight loss, the program teaches employees how to get outside their comfort zone and have the right mind-set and motivation to transform themselves. Unlike typical weight loss programs, State of Slim teaches participants not only how to get the weight off, but how to keep it off.”

What’s next for the State of Slim beyond its successful pilot? The state government plans to offer the program to additional departments
in phases.

“State of Slim is an innovative and exciting way to get state employees to make healthy choices a part of their everyday life,” Beth Soberg, CEO of UnitedHealthcare of Colorado said in a statement. The health insurer paid for the program’s first phase.

The Foreign Service has braved a lot since that pivot point in 1997 when President Clinton nominated James Hormel as the first openly gay U.S. ambassador.

On March 24, 2015, six openly gay envoys assembled at Washington’s Newseum for a discussion organizers billed as an historic celebration of global equality.

The event was sponsored by the Harvey Milk Foundation, the Human Rights Campaign and GLIFAA, the State Department organization for lesbian, gay, bisexual and transgender personnel.

At a time of legal expansion of same-sex marriage but continuing prejudice in many countries, “your personal story matters,” said Gifford. He gets “goosebumps and wakes up in disbelief” at his appointment, for which he and others thanked President Obama and Secretary of State John Kerry. “As an ambassador, we present a strongly more nuanced version of what it means to be an American.”

Osius recalled how GLIFAA was founded in secret at a time when LGBT diplomats risked losing their jobs and security clearances if exposed. He said he was “amazed at the warm reception” average Vietnamese gave his whole family, affirming the lesson, “Be who you are.”

Down for the Count

The Census Bureau’s fiscal 2016 budget includes funding to modernize the way the 2020 population count would be collected and processed. Budget documents say conducting the 2020 census using the same framework for 2010 would potentially cost an extra $5.1 billion from fiscal 2018 to 2020. 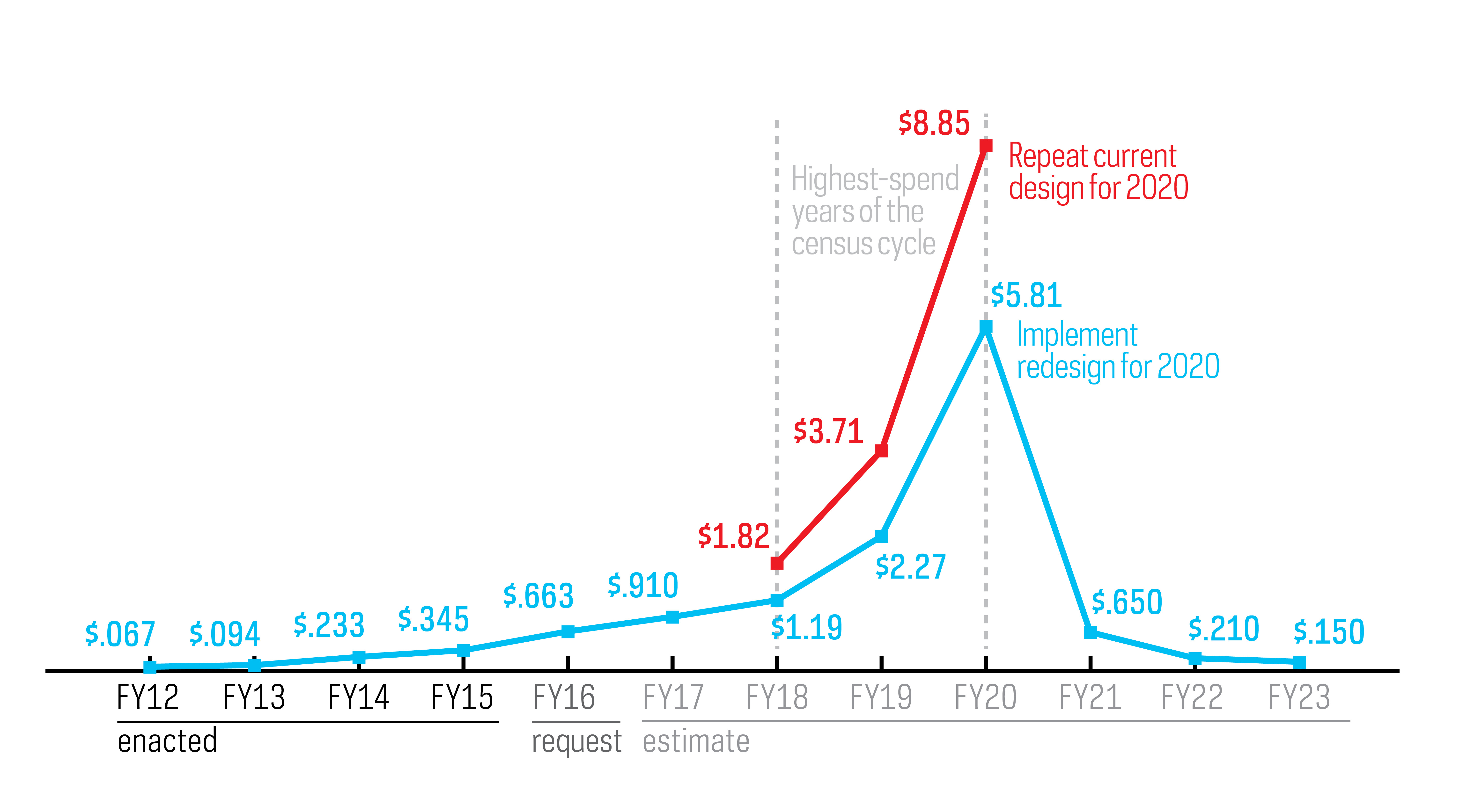