'We are all very concerned,' one employee says.

Faced with the choice of going into the office or taking personal vacation days, many federal workers are opting to stay home.

The Office of Management and Budget has issued guidance instructing agencies to implement “maximum telework flexibilities” in any area with an outbreak of the novel coronavirus, but managers are still requiring many employees across the country to come into the office. This has forced those workers to make a difficult decision: commute to the office—often on mass transit—and interact with up to hundreds of colleagues on their floors, or dip into their annual leave to take time off entirely and avoid the office.

Following an agency-wide push last year to curtail telework, SSA has resisted taking the same steps many of its counterparts across government have taken during the coronavirus pandemic. One employee who works at the Harold Washington Social Security Administration Center in Chicago says staff are capable and willing to telework, but it has not been given that option. Instead, he has taken leave all week.

“My supervisors will not approve me to telework, even though my position is one that can be done remotely,” the employee said. Some of his colleagues performing the same functions are now working remotely because they have children out of school or someone else to care for, but the staffer's pleas that he was worried about his wife and kids were not enough to persuade agency managers to allow him to telework, he said.

The employee's wife said the decision to take leave will lead to difficult choices down the road.

“It's stressful and something we've been deciding together,” his spouse said. “Our thought process at this point is that normal life appears to be at a standstill for the foreseeable future, so we're likely cancelling some trips we have coming up anyway and he can spare the days to not risk going in.”

The uncertainty has not abated, however. The employee's supervisor could revoke his leave any day—calling it a “nail-biter” every morning when he calls into the office to make the request—and noted he is fortunate to have so much saved up.

“I cannot imagine what people are doing that don't,” his wife said.

Regis McDonough, an Internal Revenue Service employee based in Pittsburgh, is similarly caught in what he feels is an unwinable situation. For now, he is still taking mass transit into the office, where 400 employees are split between two floors. The office serves as a call center for the IRS; it does not handle any paperwork or other processing. McDounough says he uses a program that allows his supervisor to log, monitor and record every call he makes, so teleworking would not negatively impact his job and his supervisor could track his work to ensure there is no loss in productivity.

Some colleagues have begun to use leave, but McDonough noted that was a temporary solution to what increasingly appears to be a long-term issue.

“Paid leave is an option, but it only lasts so long,” he said. “Some of us have used our leave or don’t have enough.”

He has repeatedly requested that his supervisors allow for “weather and safety leave,” a form of administrative leave the Office of Personnel Management instructed agencies to offer workers whose jobs prevented them from teleworking. Instead, agency management told McDonough to take unpaid leave, he said. Employees are trying to physically avoid each other, but there is only so much they can do on a crowded floor where everyone’s workspace is in close proximity. Officials have put up chairs blocking access to the cafeteria, which McDonough said only serves to highlight the inconsistencies.

“We can’t sit together and eat lunch together but yet we can all gather together in a call center?” he said. “We are all very concerned.” 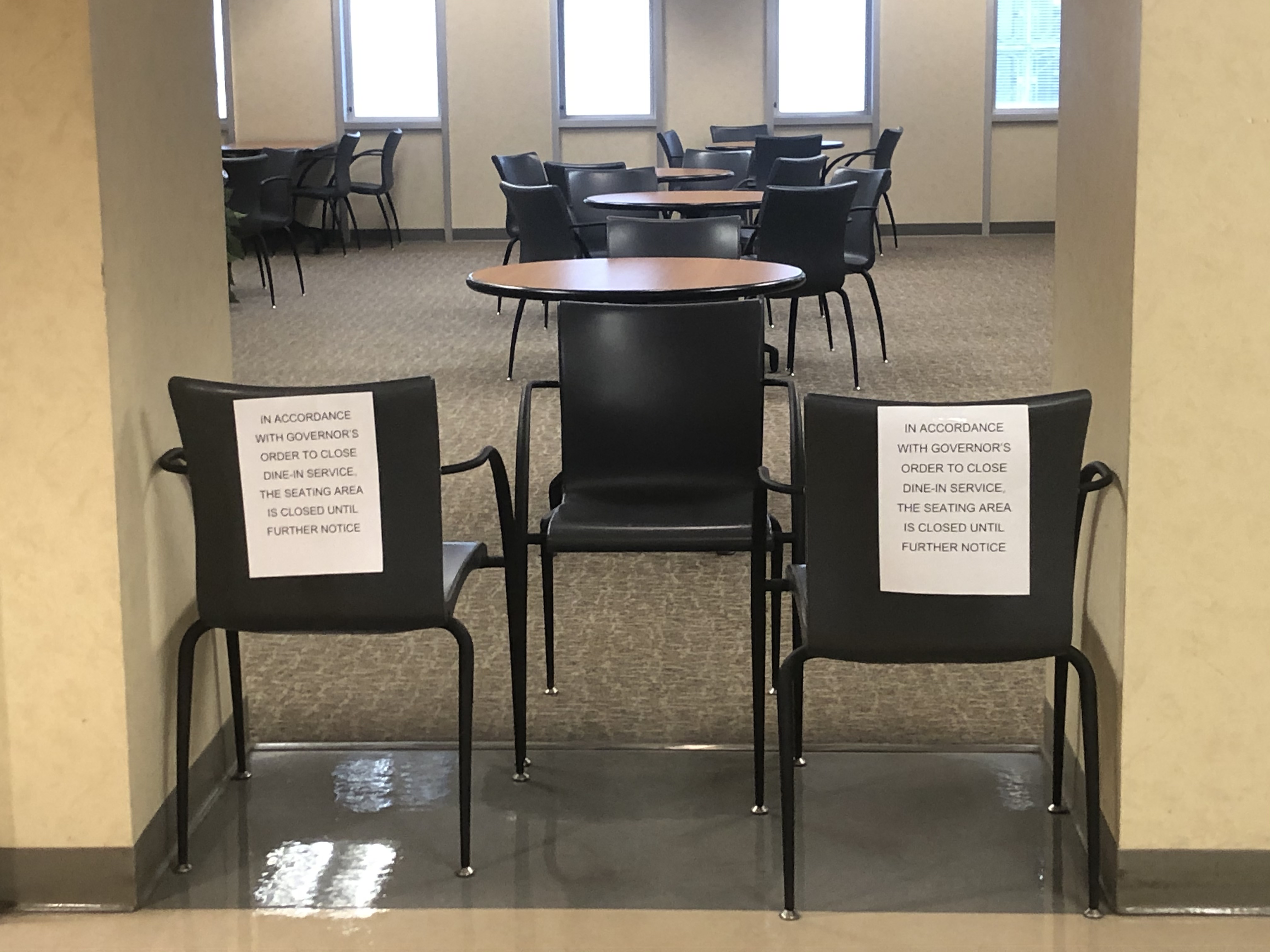 One non-healthcare Veterans Affairs Department employee who requested anonymity said some of her coworkers had taken annual leave out of safety fears. One employee is allowed to work some days of the week remotely, and then takes leave on the days she is required to come into the office. In fact, just about everyone in that office teleworks at least one day per week and it therefore “would have been nothing” to expand that during the current crisis, the employee said.

“We do not ever see our customers,” the employee said, explaining there was no reason to have to continue going into an office.

Some agencies, meanwhile, have informed their employees that offices would essentially close and telework was mandatory. The Securities and Exchange Commission, Housing and Urban Development Department, Transportation Department and U.S. Agency for International Development have all transitioned to mandatory telework. Transportation did so after an employee tested positive for the virus. USAID told employees on Thursday they “must not come” to the office unless given direct approval by top management.

The White House, meanwhile, has provided inconsistent messaging. President Trump on Thursday confused the entire concept when asked if he wanted to push more telework for government employees.

“We are, and we’re using the medical term of telemedicine, and it’s been incredibly busy and really where people don’t have to, I mean some people can’t do it anyway,” Trump said. “They can’t get up, they can’t see a doctor, but we’re using this and it’s been telehealth, different names, and I will tell you that it’s been really successful.”

The wife of the SSA employee taking leave said the inconsistencies have led to many instances of false hope.

“Every time we see reporting that a new memo has come out to expand telework it seems clear that the situation should be resolved, and it just keeps dragging on,” she said.

Editor's Note: The name of one of the sources was removed after the employee expressed fear of retaliation.