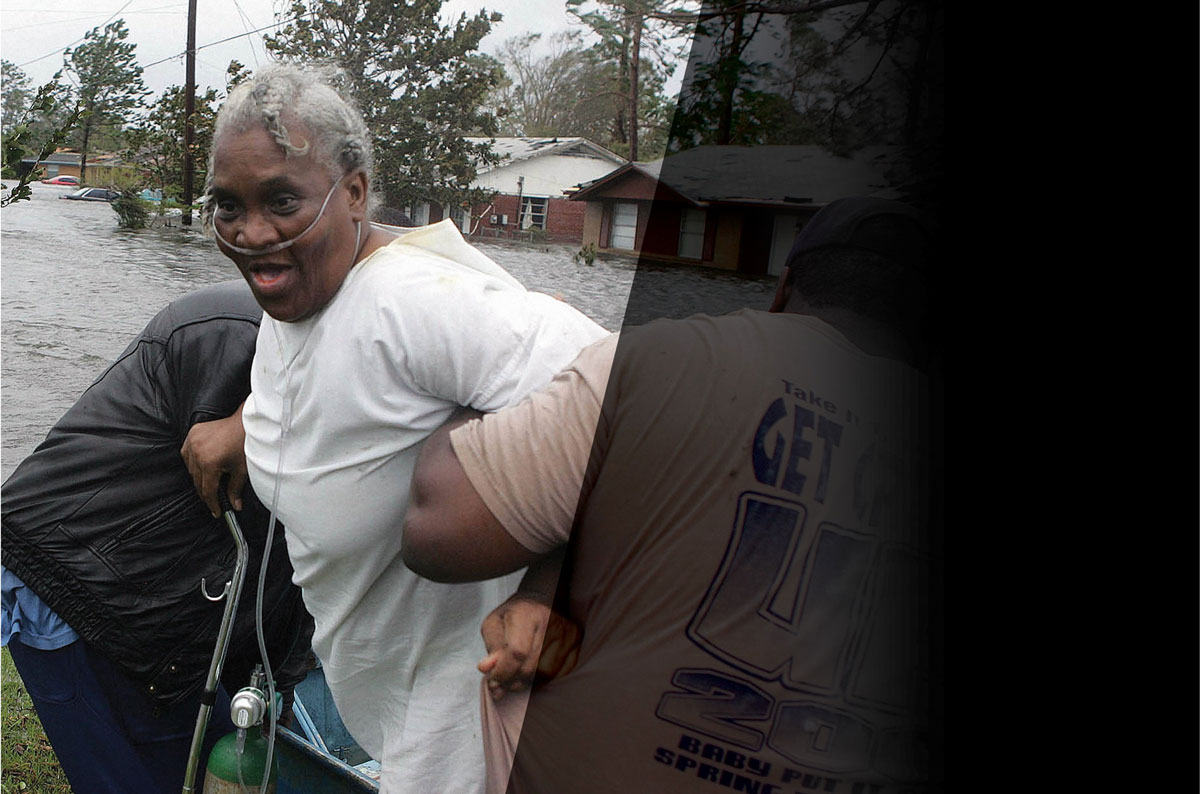 Getting Patients In When the Power Goes Out

For most people, a prolonged power outage is an inconvenience, not a tragedy. Food spoils, bathing is deferred, work is disrupted and rambunctious children discover the limits of pioneer-era entertainment. Indoor temperatures soar or plummet, depending on the season, and enterprising cooks put together meals from canned goods and crackers half-
forgotten in kitchen cupboards. It’s cause for complaint, not life-threatening. But for those who depend on electricity-powered medical equipment—oxygen concentrators, ventilators, wheelchairs, dialysis machines—a power outage can become a death sentence.

Government officials are on a mission to change that.

In July, the Health and Human Services Department unveiled an interactive online map showing where 1.6 million Americans who require such equipment live. The map breaks down to ZIP code level; the data is masked to protect patient privacy, but in an emergency, HHS could provide local health departments with names and addresses to facilitate life-saving intervention.

“Either before a storm or after, we can circle the area on a map and we know who lives there. We know how many people, what languages they speak, and we know what their burden is with chronic disease,” says Dr. Nicole Lurie, HHS’ assistant secretary for preparedness and response. “So we not only know who’s on dialysis, but we know that 40 percent of the population is diabetic, or overweight enough that it’s going to be hard to evacuate them.”

Rescuers help a woman on oxygen in the aftermath of Hurricane Katrina.

The interactive tool, called the emPOWER Map, was a collaboration between Lurie’s office and the Centers for Medicare and Medicaid Services, along with the National Oceanic and Atmospheric Administration. All dialysis patients are eligible for Medicare benefits regardless of age. CMS beneficiary claims data is integrated with weather-tracking data in a geographic information system to help local leaders, health care officials, first responders and utility executives better serve vulnerable residents during disasters and prolonged power outages. The data can be used in multiple ways—to help power companies prioritize post-storm restoration efforts; inform local governments during emergency planning and evacuations; and enable hospitals to anticipate a surge in people with kidney failure.

“As our population ages and you have more and more people who are able to do quite well [on their own] supported by technology, this becomes more and more important,” Lurie says.

The emPOWER map allows officials to find residents in need of medical services during a disaster.

There’s a scene in The Great Deluge (Harper Perennial, 2007)—Douglas Brinkley’s riveting account of how Hurricane Katrina devastated the Gulf Coast a decade ago—in which two volunteers arrive at the New Orleans home of 79-year-old Alcede Jackson and his wife, Viola, days after Katrina struck. “You could smell the rot,” Brinkley writes. Alcede has been dead for days, and Viola, inconsolable and seemingly inseparable from the man she had been married to “forever,” is desperately ill with kidney failure as a result of the storm-induced delay in her regular dialysis treatments. Through the Herculean efforts of the two rescuers, Viola is persuaded to leave her dead husband and taken by boat to Louis Armstrong New Orleans International Airport, where emergency medical personnel provide treatment, narrowly averting her imminent death.

Such human suffering was on Lurie’s mind during Katrina. At the time, she led the public health preparedness program at RAND Corp. and had teams working with local officials to help respond to the overwhelming need. “I understood pretty clearly from my previous work that the population on the Gulf Coast—and New Orleans in particular—was, from a public health perspective, a pretty needy population,” Lurie says.

Many of us in the dialysis community said ‘We need to do better.’

“There were lots of people with pretty serious, complex chronic diseases, and yes, there were a lot of people who were on dialysis,” she recalls. “It’s been a huge focus of the work we’ve done here [at HHS] since that time—because dialysis was such a problem and because people who didn’t get dialysis on time ended up in emergency rooms and hospitals with some frequency. It’s bad for patients, but it’s also one of those things that causes additional unneeded surge in the health care system. So we focused a lot on trying to do something about it.”

More than 600,000 people have end-stage renal disease in the United States, according to the U.S. Renal Data System, funded by the National Institutes of Health. When kidneys fail, the small toxic molecules they normally filter out of the body accumulate in the urine. Left untreated, patients will die. They basically have two treatment options—a kidney transplant, which isn’t always possible, even if a donor is available, or dialysis. Nearly half a million people rely on dialysis to survive, with the vast majority receiving hemodialysis, which is done three times a week at a dialysis center (comparatively fewer—less than 10 percent—opt for peritoneal dialysis, which can be done at home but must be undertaken daily). It’s an exhausting process. Blood is removed from the body through one port, passed through a machine to purify it, and then returned to the body via another port. Because a machine performs over a four-hour period what healthy kidneys normally do over 48 hours, the abrupt change in body chemistry causes fatigue and nausea that can last for hours after the treatment.

A patient is evacuated by helicopter from Tulane Hospital on Sept. 1, 2005, in New Orleans.

“It’s not an ideal lifestyle,” says Dr. Jeffrey Kopp, chief of the Kidney Diseases Branch at NIH’s National Institute of Diabetes and Digestive and Kidney Diseases in Bethesda, Maryland.

During Katrina, Kopp saw firsthand how devastating a prolonged power outage could be for those with kidney failure. He was part of the U.S. Public Health Service team that established a field hospital in Baton Rouge, Louisiana, to care for evacuees. “It gave me my first look at what happens to dialysis patients when they lose access to dialysis facilities,” Kopp says. “Many of us in the dialysis community said, ‘We need to do better.’ ”

I’d very much worry about a dialysis patient who goes six days without dialysis. Even day four is on the margins. When you get to five days and six days, certainly lethal things can happen.

What happens is this: Depending on the patient’s diet and underlying health issues (many have high blood pressure and diabetes) potassium and fluids can quickly build up in the body. This state of chronic uremia accelerates cardiovascular disease. Individuals affected feel increasingly short of breath and their legs swell. When they lie down to sleep, fluids accumulate around their lungs, causing them to awaken in the middle of the night gasping for breath.

“I’d very much worry about a dialysis patient who goes six days without dialysis. Even day four is on the margins. When you get to five days and six days, certainly lethal things can happen,” Kopp says.

During Katrina, Dr. Jeffrey Kopp was part of the U.S. Public Health Service team that established a field hospital in Baton Rouge, Louisiana. 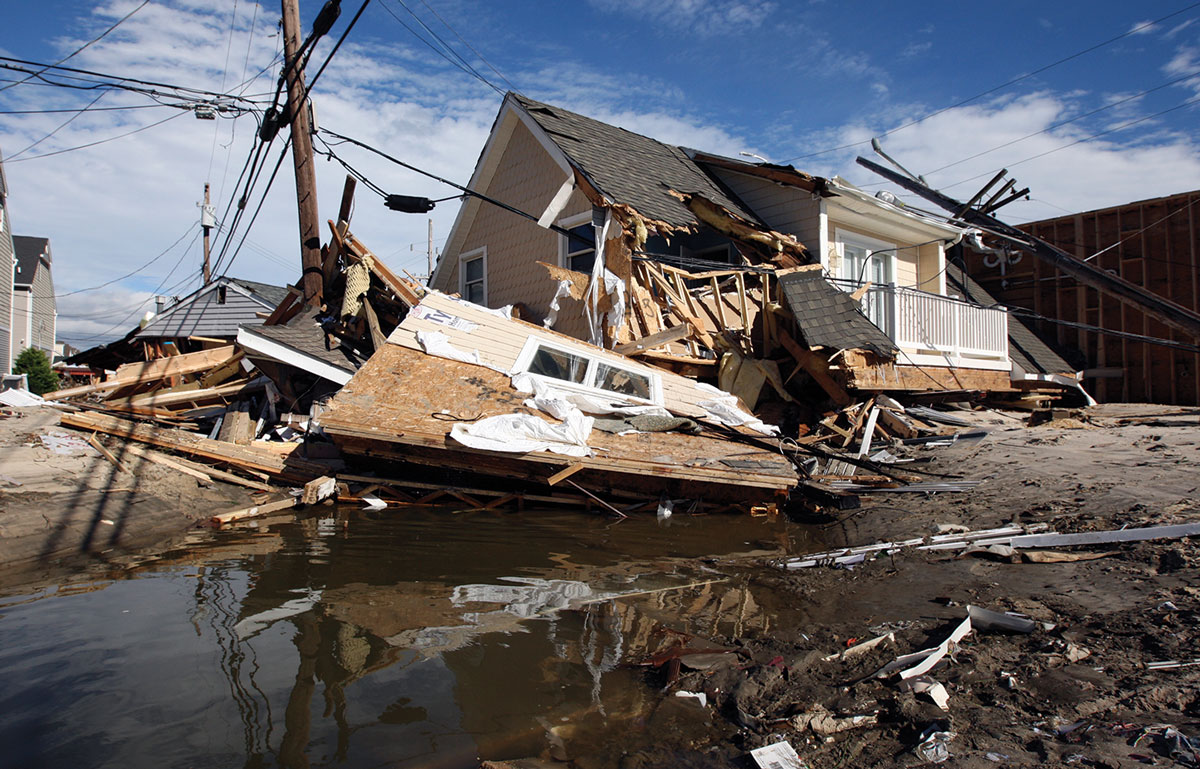 In late October 2012, seven years after Katrina hit the Gulf Coast, Superstorm Sandy cut a large swath through the Eastern Seaboard. While the storm affected 24 states, it took direct aim at New York and New Jersey, knocking out power to 8.5 million customers and forcing broad evacuations. On the day after landfall, more than 300 dialysis facilities were closed in the two states due to power outages and water restrictions (some for more than one day). But the consequences were far less serious for kidney patients than they might have been. That’s because many dialysis facilities, anticipating the storm and subsequent power outages, dialyzed patients early.

Lurie and colleagues from CMS studied the data from Sandy, tracking the experiences of 13,836 patients in New York City and New Jersey who received early dialysis prior to the storm. In June 2015, they published their findings in the American Journal of Kidney Diseases. The data showed that early dialysis was associated with about 20 percent lower odds of an emergency room visit or hospitalization during the week of the storm, and 28 percent lower odds of death 30 days following the storm.

If you get dialysis in advance of a storm, you’re much less likely to end up in the emergency room, or die. It’s not speculation anymore.

“If you get dialysis in advance of a storm, you’re much less likely to end up in the emergency room or die. It’s not speculation anymore. We now have the data to prove it,” Lurie says.

During Sandy, 70 percent of dialysis patients were dialyzed before their normally scheduled treatment. “That was a tremendous advance, but I would like that percentage to be a lot higher,” she says.

“During Katrina, you saw lots and lots of people who had special health care needs and lots of equipment” that they depended on for survival, Lurie says. “We are working to make sure that happens less and less in any disaster. The work at this point goes far beyond dialysis to lots of other people who have these vulnerabilities.”