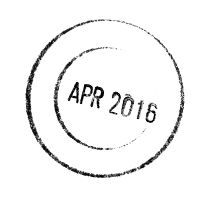 TO: The Remaining Presidential Contenders

SUBJECT: What You Need to Do Now

It’s almost surreal to imagine that the zaniness of the primary campaign—which has been going on since Ted Cruz announced his candidacy back in March 2015—is finally nearing its end. In just a few months, one of you will be elected president of the United States.

However, if you’re not very careful—now—in planning how you’ll manage the government, you’ll set the stage for a replay of this campaign in 2020—only next time it will be even worse. You’ve run against Washington, and some of you have run against government itself. But if you don’t deliver—if you don’t make government work better for the citizens you’ve rallied—you’ll sow the seeds of your own political destruction. You will be the Washington that candidates in 2020 will run against, only next time trust in government (you, that is) will be even lower and voters will be even angrier (at you). And you’ll have only yourself to blame.

The core of the problem is this: There’s a huge gap between the things citizens expect you to do and government’s capacity to do it. As I argue in my new book, Escaping Jurassic Government, we’re drifting into the trap that killed off the dinosaurs. Government is failing to adapt to the challenges it’s facing.

We’ve become so preoccupied with policy puzzles—what we should do—that we pay little attention to policy results—how we can get things done. Too many promises go unmet, too many programs get trapped in failure, too many harsh words get spent in blaming opponents for failing citizens. The result? Trust in government is at an historic low, as Americans sense the profound mismatch between promises and results.

But you can escape your own Jurassic fate: the risk of a failed presidency that writes your political obituary and sets the stage for an even uglier 2020 campaign. Here’s a five-step plan.

1. Run your campaign as if you actually wanted to run the government.

It’s hyper-fashionable to use government as a target. But if you win, you’ll actually need to serve as chief executive. You won’t be able to do that unless you believe in the government you’re swearing to faithfully execute.

Capitalizing on voters’ anger has proven a pretty good campaign strategy so far. But exit polls show voters want a president who can solve their problems. One of you is running as an accomplished executive, and your main theme (we’re talking about you, Mr. Trump) is that you’re a master of the art of the deal. No deal lasts long, though, if you don’t carry it out. You know, for example, that making the deal to transform the moldering Old Post Office Building on Pennsylvania Avenue would be hollow if it didn’t become an impeccable five-star hotel.

One of you is running as an accomplished governmental leader, but you don’t want to look too much an insider or someone who knows so much that you’re not prepared to listen (that’s you, Secretary Clinton).

For any candidate, when it comes to the general election campaign, you’re going to need to talk as if you know what you’re saying—and that what you’re saying will work. That’s true whether addressing how you’d fix the Veterans Affairs Department or how you’d advance homeland security. Rhetoric alone won’t work, especially if you terrify Americans into wondering whether you’ll deliver the government they count on.

2. When you move into the Oval Office, be ready to get stuff done.

Even if you’re not sure you like or trust the establishment, you’ll need it. And you’ll be surprised to discover that most of its members want to help you succeed. Almost all of them could make more money and have less stress elsewhere, but they come to work in government to serve the very people you hope will elect you. At the least, you need to think carefully about unnecessarily antagonizing the people whose help you’ll need. And without publicly measuring the drapes, you need a team working quietly now to be ready to govern on day one. There are organizations, especially the Partnership for Public Service and the National Academy of Public Administration, ready to work with your team to make sure you maximize your chances for success.

For one of you, your presidency has already begun. So start preparing now.

3. Avoid the traps that crippled your predecessors.

You’ll face a lot of uncertainties as president, but there is one certainty: At some point in your term, probably when you least expect it, you’ll have your own Hurricane Katrina moment. Your presidency will be judged on how well you respond. If you’re not ready, you’ll fumble the ball. And if you fumble, you might never recover.

In the Bush administration, Katrina was the point where the president’s negatives exceeded his positives and never bounced back. The Obama administration drifted into the same dangerous territory with the failure of the launch of the Affordable Care Act website. Only the intense effort of a skilled repair team, coupled with some skillful political rehabilitation work, pulled the president back from the political brink. Unless you pay attention in advance to managing the government, a management failure in your term is likely to prove politically fatal. And you’ll never see it coming. You can improve the odds of avoiding it—and if it happens, you can get on top of it far more quickly—if you put in place a strong management team.

We’ve all been so preoccupied with the unprecedented drama of this primary season that we’ve paid relatively little attention to how your campaigns will affect congressional races—and almost no attention to how they will affect your ability to get anything done in Congress. Two things seem certain: Congressional gridlock is unlikely to be broken, and you won’t come to office with a key to breaking it. If a Republican wins the White House, Democrats aren’t about to allow the victor to consolidate the gains. If a Democrat wins, the Republicans on the Hill will be desperate to put their splintered party back together and won’t be in any mood to allow the victor any wins.

This only underlines the case for paying attention to managing the government, because you can go much farther down that road than any other. Farther, in fact, than you realize. Policy battles on immigration, tax reform, entitlements, Medicaid, national security and the economy (among many other areas) are certain to be epic. But fixing the VA?  Ensuring the food supply is safe? Reducing waste in Medicare and Medicaid? That’s in your court. We’ve made enormous progress in managing the government better, and we’ve done so in areas where everyone agrees government has a role and where the only path to success is in your hands.

So, no matter what happens on the Hill, before or after the election, you will be in far more command of your own fate than you might realize. How far you go will depend on how well you steer.

5. Use all the tools at your disposal.

It turns out you’ll have a bigger toolbox than any president yet. The Government Performance and Results Modernization Act of 2010 (please try to avoid the impossible acronym here—is it Gee-Pee-RAMA, like a bad ‘50s doo-wop song?) requires the government, for the first time, to produce a synchronized collection of strategic plans, complete with performance indicators and cross-agency priority goals. I know: Your eyes glazed over at the beginning of the last sentence. But wait: This means you have the power to pull the executive branch together behind a set of goals you and your Cabinet secretaries define, to send the message out through performance measures you can use to hold government managers accountable, and to exert real leverage from the center on issues that cut across government. Still not convinced? For “cross-agency priority goals,” think “stronger cybersecurity” and “getting innovations to market faster to create more great jobs.”

There are other big levers, like the budgetary process. It makes agency managers sit up and pay attention even if Congress declares your budget dead on arrival before it’s issued. It’s your chance to connect agency strategies with the results you want. There’s regulatory review and information technology, which gives you the chance to steer the government’s most important activities. And there’s the president’s management agenda, through which you can show how you’ll make government work for citizens. These are all things you can do—and take credit for—without having to battle Congress.

And that takes us back to the beginning. If you don’t do these things—or if you wait until long after Inauguration Day to discover you need to do them—you run a huge risk of being a one-termer. If we’ve learned anything in recent months, it’s that the electorate is a wild and unpredictable hornet’s nest right now. If you don’t make government work, the hornets will be far angrier in 2020. You will have spent two years running for a job at which you’ll fail, and your presidential library will end up a very sad place to visit.

You can’t magically sweep away the electorate’s anti-government anger simply by snuggling up to good public management. But two things are certain: If you don’t spend some time seeing to the faithful execution of laws, you’ll disappoint your supporters and anger everyone else because, despite your bold promises, government’s performance won’t look any better. And if you spend some time trying to make government work, between fighting the political battles that got you to the Oval Office, you’ll discover you can do more than you imagined and can sidestep at least some of the gridlock you campaigned against.

You don’t have to do all this yourself. Most presidents, especially your two predecessors, didn’t have much taste or instinct for doing this well. But you can make sure that what needs to happen actually gets done. When you’re sworn in, you can appoint a deputy chief of staff to serve as your chief operations officer, who can wield enough muscle with federal managers to make sure they know you care. You can hire a first-rate director of the Office of Management and Budget, who can build the leverage to make sure your priorities are addressed—not just your campaign promises but the broader goal of delivering a government in which citizens have greater trust.  You can use the levers the law already gives you, especially in the performance and budget processes. And you can celebrate the successes that will come your way.

Given the profound dysfunction of American politics in general and Washington in particular, that would be a pretty substantial accomplishment. It would have made all the work running for the job worthwhile. And it would surely prove a whole lot more fun than the alternative: discovering that you had turned into the very problem you had campaigned against. You’ve got the choice, but you need to make it now.

Donald F. Kettl is a professor and former dean of the University of Maryland School of Public Policy. He is also a nonresident senior fellow at the Volcker Alliance and the Brookings Institution. Kettl’s latest book is Escaping Jurassic Government: How to Recover America’s Lost Commitment to Competence (Brookings, 2016). He can be reached at kettl@umd.edu.