Defense
Commentary: Defense Civilian Layoffs Won’t be Pleasant, But They Are Necessary

The 15 percent cut mandated in the REDUCE Act would rebalance the Pentagon’s workforce. 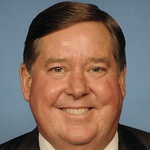 Against the backdrop of an increasingly unstable world, including the Russian invasion of Crimea, the ongoing conflict in Syria, an agitated Iran, aggression from the North Koreans and a militarized China, Defense Secretary Chuck Hagel recently announced that he would seek further cuts to our uniformed personnel. President Obama’s fiscal year 2015 budget would reduce the U.S. Army end strength to pre-World War II levels and would come on top of a reduced Air Force, Navy and Marine Corps.  Our uniformed personnel continue to absorb cuts while the secretary of Defense ignores a significant portion of his budget that has continued to grow without restraint – the Defense Department’s civilian workforce.

From 2001 to 2012, the active duty military grew by 3.4 percent while the number of civilian defense employees grew by an astounding 17 percent. Since 2009, the size of the Office of the Secretary of Defense civilian workforce has grown to more than 2,000 people, an increase of nearly 18 percent. The Joint Staff grew from 1,286 people in 2010 to 4,244 people in 2012, a 230 percent increase. Currently the United States has 1.3 million active duty military personnel as compared to 770,000 civilian personnel, a ratio that is out of balance.  In 2003, during the conflicts in Iraq and Afghanistan, for every 2.25 active duty personnel there was one civilian worker in support.  Incredibly, today, the civilian concentration is even higher -- for every 1.79 active duty personnel there is now one civilian worker in support.

The growth of the civilian workforce within the Defense Department continues to create a significant budgetary burden but, more importantly, if we fail to act, it will threaten our men and women in uniform.  That is exactly why current and retired military leaders have widely acknowledged the need to establish a more efficient defense workforce in order to preserve our national security posture in the future.  As Ret. Maj. Gen. Arnold Punaro, a member of the Defense Business Board, pointed out in a speech on Capitol Hill last fall, “We are increasing the overhead and decreasing the warfight.”

To ease the inherent difficulty of making staff reductions, the bill would provide the secretary of Defense the authority to use voluntary separation incentive payments and voluntary early retirement payments to achieve the required reductions in personnel. Importantly, it gives the secretary of Defense the authority to give more weight to the performance (versus tenure or other factors) of an employee in reduction in force decisions.

It is commonly known that it is almost impossible to fire a civilian worker for subpar performance. In fact, it is easier to reduce the responsibilities of an ineffective civilian worker and bring in a uniformed member of the military to do the job. U.S. taxpayers are essentially paying two people for one job, along with all the benefits that a federal job conveys.  This is an unacceptable and unsustainable model.

The REDUCE Act does not call for indiscriminate cuts of civilian workers -- it would require the secretary of Defense to review employees based on their performance and retain the best and brightest of our civilian workforce.  This is a fair and appropriate step to bring the number of civilian employees in balance with our uniformed force.  As a former small business owner, I understand what it means to sign the back of a paycheck, and while it is never easy to lay off a worker, we cannot continue to pay individuals for poor performance to the detriment of our active duty military members, other dedicated and effective civilian workers and the U.S. taxpayers. After 10 years of war, there are simply many civilian jobs that no longer need doing.

As the House and Senate Armed Services and Defense Appropriations committees continue to investigate this issue, I suspect we will find that the increase of personnel has occurred to a greater degree with paper pushers at the Pentagon, as opposed to wrench-turners at our depots. If that is the case, then the weight of the reduction should be proportionate to where the civilian staff increases occurred.

According to former Navy Secretary John Lehman, each defense civilian reduction of 7,000 personnel saves at least $5 billion over five years. Using his numbers and calculating a 15 percent reduction from the current level of 770,000 civilian employees, H.R. 4257 would save $82.5 billion over the first five years.  Even by Washington standards, $82.5 billion is a significant amount that could be redirected within the department to fund military priorities such as modernizing weapons systems, improving readiness, resetting the force and, most importantly, providing for our fighting men and women in uniform.

At a time when our government must address mounting debt, every facet of our federal budget must be scrutinized.  For too long, the Defense civilian workforce has been unrestrained in both growth and effectiveness.  If left unchecked, the cost of civilian pay will account for two-thirds of the estimated escalation in the operations and maintenance portion of our defense budget in the coming decade.  At a time when our military presence, and projection of power, is sorely needed in the world, we cannot risk further cuts to our uniformed personnel while the Defense civilian workforce remains untouched.

Republican Rep. Ken Calvert represents a district in southern California. He is a member of the Defense Appropriations Subcommittee, and also serves on the House Budget Committee.